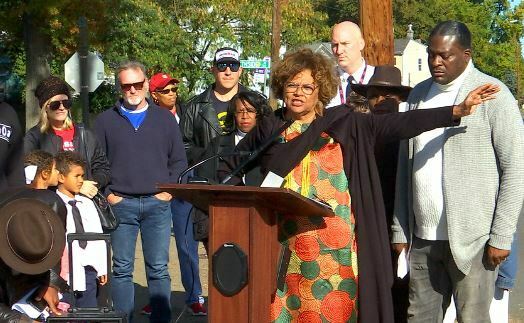 The store, which is located at the corner of Meadowbridge Road and Carolina and Woodcliff Avenues, became the site of a second major shooting within less than three months on Thursday, when it was discovered that three people had been shot outside the store. In August, four people were shot at the same store.

On Oct. 27, officers arrived at the Carolina Express just before 8:30 p.m. to investigate a reported shooting. Upon their arrival on scene, they found three men with gunshot wounds in the store’s parking lot. According to police, two of the victims had life-threatening injuries, while the third victim’s injuries were non-life-threatening. All three were taken to a nearby hospital for treatment.

“You’re going to sign a community agreement or it’s time to go,” Minor said. “Plain and simple, get the heck out of our neighborhood.”

The community agreement that Minor referred to was proposed at the press conference. 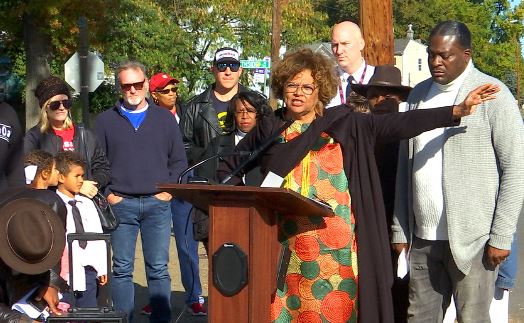 “We want change,” Robertson said on Saturday. “We’re going to cross the street and we’re going to walk through the store. I want you to make note and observation of what you see.”

Upon entering the store, one is immediately face-to-face with gambling machines and alcohol. Local leaders said this does not align with the purpose of a neighborhood convenience store. The proposed community agreement would work toward making the store more community-friendly in order for it to continue to operate.

Monica Gamble lives nearby with her children. She is on-board with the proposal.

“I don’t necessarily support closing a business down,” Gamble clarified. “But I really like the idea of entering it into a community agreement where the neighbors and people in this area and the people who run the business all agree on what we would like to see offered at this location.”

The movement is personal for Gamble. Her kids were at a nearby Halloween trunk-or-treating event on Thursday night — just hours before shots were heard outside Carolina Express.

“It does make us feel unsafe and [we] worry about the safety of our family,” Gamble said.

There will be another open community meeting on the topic on Sunday, Oct. 29, at 6 p.m. The event will take place at Six Points Innovation Center, located at 3001 Meadowbridge Road.