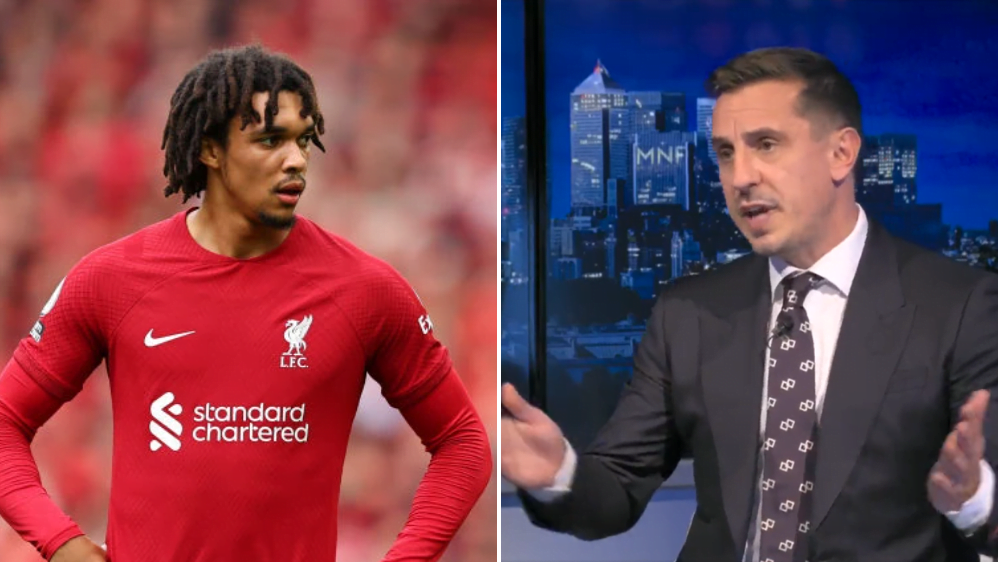 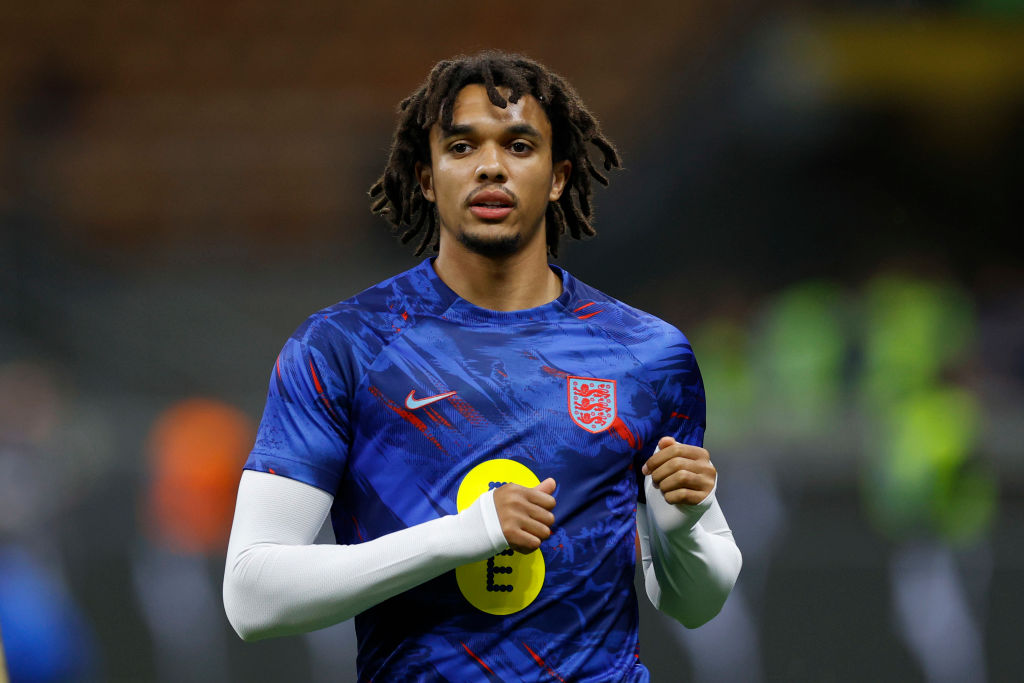 Gary Neville believes that Liverpool’s Trent Alexander-Arnold has the potential to become the greatest right-back of all-time, but he must work on the ‘basics’ first.

Alexander-Arnold has long been considered one of the world’s finest players in that position, thanks to his sensational attacking ability that has helped Jurgen Klopp’s side claim many accolades including the Premier League and Champions League.

However, the 23-year-old has often received criticism for his defensive shortcomings, something that has been very prevalent this season, especially in the defeats at Manchester United and Napoli and the 3-3 draw with Brighton last Saturday.

It is these problems that have seem the Englishman consistently overlooked at international level and there are fears that he could miss out on Gareth Southgate’s World Cup squad.

But Neville believes that some time away from his club and country could heavily benefit Alexander-Arnold and pinpointed a simple change that should improve his game.

‘I worked with a movement coach every day for two whole summers, and he used to say you needed to be like a tiger ready to pounce,’ the legendary Manchester United right-back said on Sky Sports’ Monday Night Football.

‘You cannot be upright. Trent’s always in a relaxed, upright position and the problem with that is you can’t sprint or quickly change direction or swivel your head from that position.

‘If he doesn’t go to the World Cup, that might be the biggest positive for his career if he can have five or six weeks here to work on that part of his game.

‘This is a Cafu-level of full-back. This is something unbelievably special. [Unless] he thinks, “I don’t have to do that. I don’t want to do that”.’

Neville did go onto praise Alexander-Arnold and admitted that the role of a full-back has drastically changed since his playing days.

‘He’s doing the hard part of the game. No full-back that I have ever seen in this country can do what he can do,’ Neville added.

‘I agree with him [Klopp] that we shouldn’t just look at a defender and say that [defending] is his number one job. I think every full-back now has to have a combination of attacking strengths and defensive strengths.

‘To put it into perspective I played 400 games in the Premier League and got 35 assists. He’s got 44 in the last four seasons at the age of 23.

‘I cannot believe those numbers. It is absolutely ridiculous, obscene.’