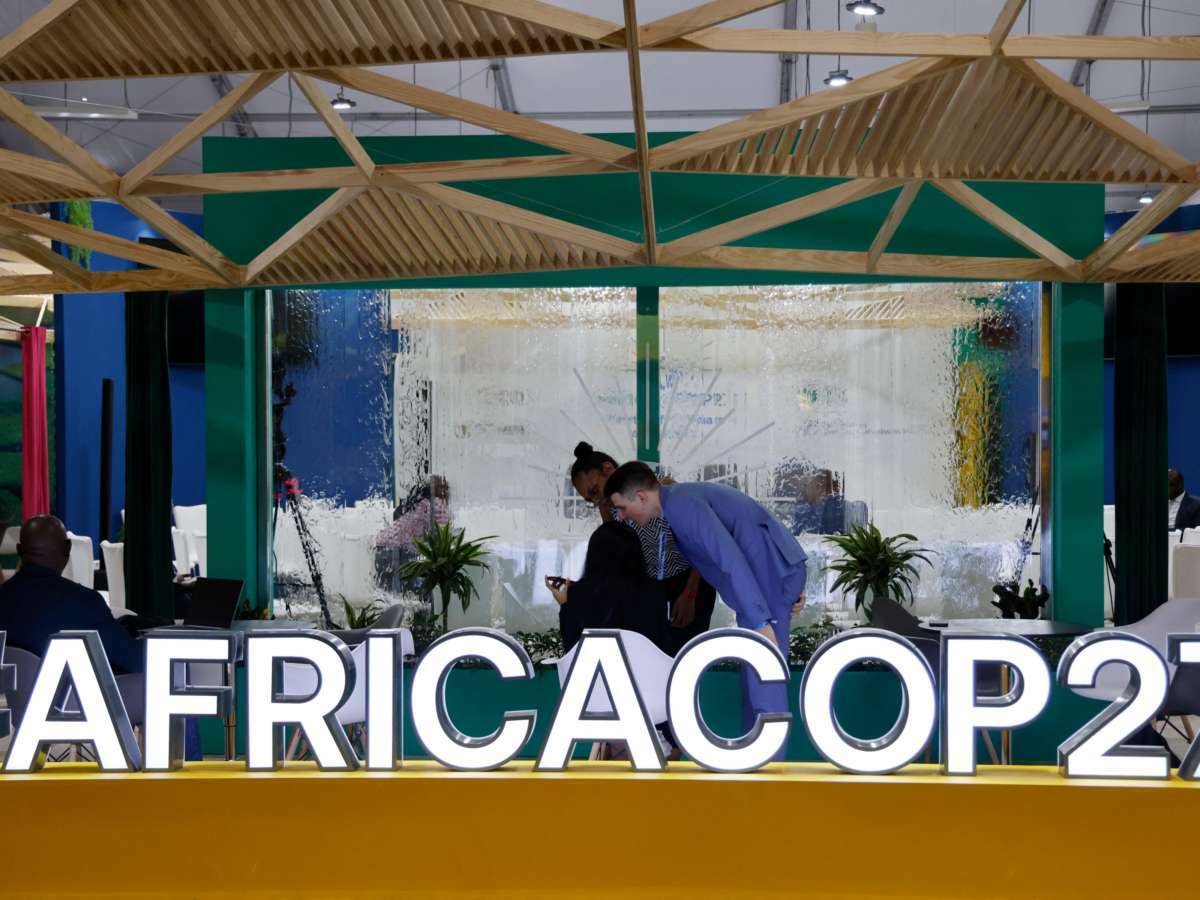 Green campaigners expressed cautious optimism Sunday after it was announced the key issue of “loss and damage” financing was officially added to the agenda for the U.N.-backed COP27 climate summit taking place in Sharm El-Sheikh, Egypt.

The agreement to include formal discussion of the loss and damage finance facility, first reported by Bloomberg, followed late-night talks ahead of the summit’s kickoff and came as welcome news from those who have demanded for many years that wealthy nations most responsible for creating the climate crisis have a responsibility to fund damage repair and mitigation efforts needed by poor nations suffering the most from extreme weather, increased temperatures, and exploitation by the fossil fuel industry.

“This is game on for agreeing the loss and damage finance facility so urgently needed to support climate justice for developing countries,” said Yeb Saño, former climate minister for the Philippines now serving as Greenpeace’s delegation head at COP27, in a response to the news.

The decision, Saño continued, “is a significant moment that loss and damage finance has been agreed as an agenda item for the first time since the most vulnerable countries raised the clarion call decades ago.” However, he said, “The fight is far from over. The blatant attempt of rich countries to push this item off the COP27 table gives us a hint of some of the delay and diversion tactics that can be anticipated ahead.”

Loss and damage is on the agenda at #COP27

With COP27 being the first “convention of the parties” hosted in an African nation, the 12-day summit has been dubbed the “African COP” by some and the demands of the world’s poorest and most vulnerable nations — many though certainly not all located on the continent — have been front and center ahead of the gathering.

“If there’s one message that needs to be heard through this ‘African COP’, it is that the people of Africa reject any further attempts at the exploitation of our home and resources,” said Landry Ninteretse, regional director of 350Africa.org, in a Sunday statement from Sharm El-Shiekh.

“We do not need any more extractive projects,” Ninteretse added. “We refuse to feed the fossil fuel addiction of the global North, and we remind world leaders of their responsibility to address the three big components of the climate crisis: adaptation, mitigation, and loss and damage. For 27 years, these fundamental issues have been on the negotiating table: halt the development of fossil fuels, invest heavily in renewable energy solutions, and commit funds to helping vulnerable nations deal with the impacts of the climate crisis. As COP27 begins, we expect viable solutions to Africa’s food and energy crises. We expect to see justice delivered, this time in Africa.”

According to Reuters, the issue of loss and damage,

The issue could generate even more tension than at previous conferences this year as the Ukraine war, a surge in energy prices and the risk of economic recession have at once added to governments’ reluctance to promise funds and poor nations’ need for them.

Negotiations on Saturday night before the agenda’s adoption “were extremely challenging,” Harjeet Singh, head of global political strategy at the non-profit Climate Action Network International, said. “Rich countries in the first place never wanted loss and damage to be on the agenda.”

It is such reluctance and the history of obstruction by the world’s wealthy and most-polluting nations that leads Saño to warn that a very difficult still lies ahead when it comes to climate justice for the Global South.

“Governments of richer nations have dragged their feet on this issue for far too long, but are now under growing pressure to pay their fair share for a crisis they are most responsible for causing,” he said.

“Developing countries must stay firm in demanding that a dedicated loss and damage finance facility is agreed over the next fortnight, to collect and distribute money to compensate the worst-hit countries coping with the unavoidable impacts of the climate crisis,” Saño concluded. “Developed countries should act on these demands and make sure fossil fuel polluters are made to pay for the damages they have caused.”