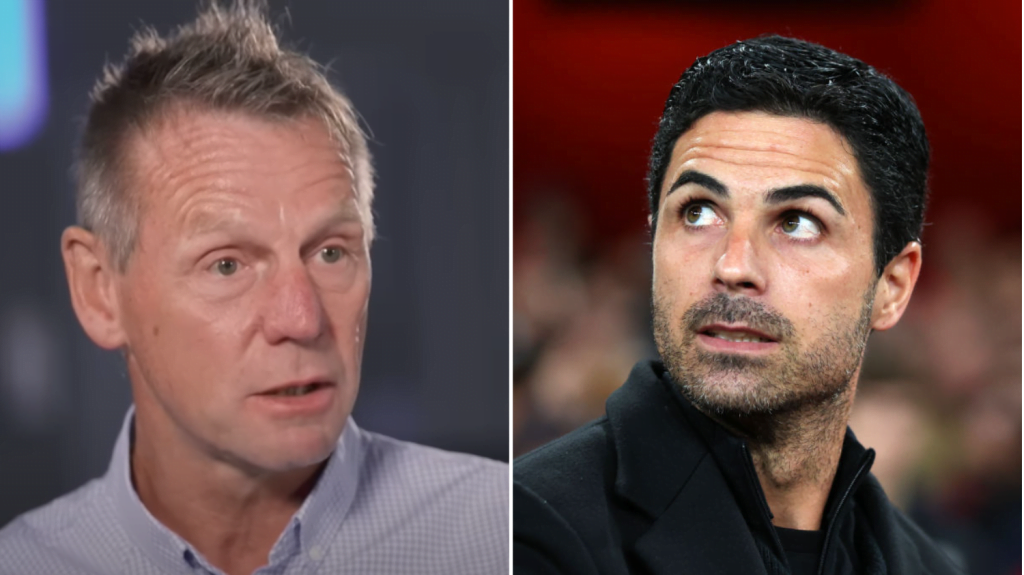 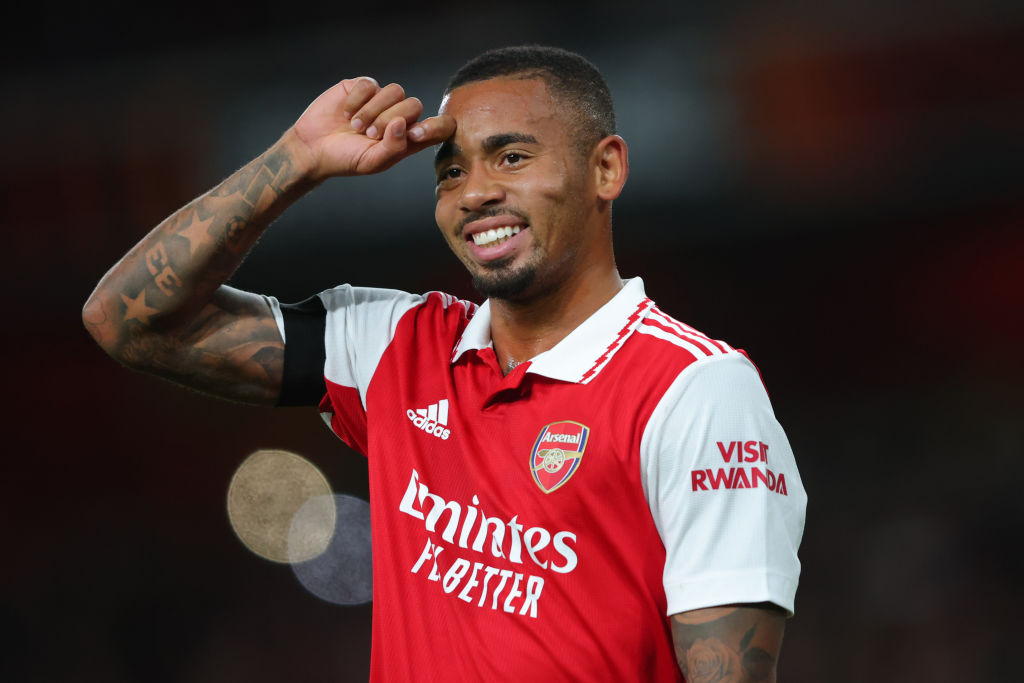 Stuart Pearce has been impressed by Arsenal’s form this season but says the ‘only reason’ the Gunners are top of the Premier League is because Manchester City sold them Gabriel Jesus.

Arsenal moved back to the top of the table on Sunday after beating struggling Liverpool 3-2 at the Emirates Stadium.

Mikel Arteta’s side, who finished fifth last term, have now won 10 of their 11 games this season and look set to rival defending champions Man City for the title.

Former England defender Pearce says Arsenal are benefitting from having a top-class striker in Jesus and believes the Brazilian has ‘catapulted’ them to another level.

Arsenal spent £45m to sign Jesus from Manchester City over the summer, with the 25-year-old already scoring five goals and making four assists for his new club.

‘The big piece of business from Arsenal is Jesus,’ Pearce told talkSPORT. ‘That’s probably catapulted them to being top of the tree at the moment from maybe third or fourth.

‘There would be the same conversations about Jesus and Man City if it wasn’t for [Erling] Haaland.

‘The only team to be above Manchester City at this moment in time is Arsenal, and the only reason they’re there is because Manchester City have sold them Jesus at a really good price for his age.

Jesus is loving his time at Arsenal and opened up about the difference between Arsenal and Manchester City fans in an interview with Rio Ferdinand last week.

‘In the first days when I signed here I went to a Brazilian restaurant,’ Jesus said. ‘I was waiting in my car outside, and a lot of Arsenal fans came to say welcome to the club.

‘It is different at Manchester City of course. City have had a lot of impact in the last 10, 15 years. Arsenal before that had a lot [more]. It’s different, you know.

‘I feel that welcome, the way they come to talk to me. They are supporting you to the end. Exactly [it gives me confidence]. I was happy with the fans at City as well, but it’s different.’