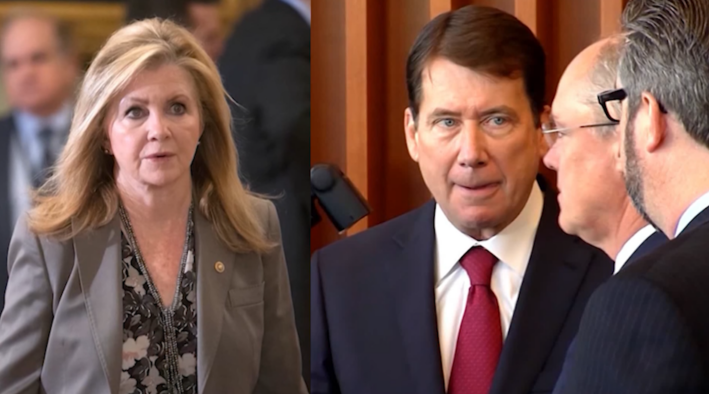 NASHVILLE, Tenn. (WKRN) – The Metropolitan Nashville Police Department has reported a nearly 13% increase in homicides in just a year. On Wednesday, Tennessee senators announced a bill they say will help by giving more money to law enforcement.

“If you do the crime, it is imperative that you serve the time,” said Senator Marsha Blackburn during a press conference held on Wednesday.

Tennessee senators called on President Joe Biden to take a stand against crime.

“Bringing federal resources into a better deal with the surge in crime, we need to look hard at other ways to address this, we need this administration to be creative in solving the problem rather than creating more of them,” explained Senator Bill Hagerty.

In a letter addressed to President Biden, Senators Blackburn and Hagerty detailed the increase in crime across Memphis and Nashville, as homicide rates continue to rise; however, local non-profits say it’s not as easy of a problem to fix.

“Locking people up for all of their life and saying throw away the key is not going to make us safer, it may be a feel-good solution, it may be something you want to hear during an election, but it is not going to address the serious problems we have in our community,” said Thomas Snow, Executive Director for the Tennessee Prison Outreach Ministry.

News 2 reached out to the ACLU for comment on part of the letter that asks the president to reconsider “soft-on-crime policies,” including the “eradication of bail.”

The Executive Director for the ACLU of Tennessee, Kathy Sinback, sent a statement that read, “We recognize that people experience real harm as victims of violent crime. But the reality is that the vast majority of people who are held in jail pretrial are there for minor offenses, and only because they are unable to pay cash bail. [The] Ability to pay cash bail is not a measure of a person’s risk to public safety. When people are released while they await trial, they are able to keep their job, their housing, and custody of their kids. That’s one more family with a parent, a family with a consistent paycheck, and a family with a roof over their head – and that keeps communities safe and promotes justice.”

It’s a statement Snow agrees with. He explained it’s a problem he sees every day, people convicted of a crime and not getting the second chance he says they need.

“I think it is a broken system,” explained Snow. “I think it would make our communities more dangerous because people in prison need to have the motivation to make a change in their life. There are many in our prisons and in jails who really want to do something different with their life.”

However, other advocates say frequently, a victim’s voice gets lost in the chaos of the crime.

“What happened in Memphis happens every day all across Tennessee, it just doesn’t get the media coverage,” said Verna Wyatt, the Co-Founder of Tennessee Voices for Victims.

After several incidents in Memphis, including a local teacher who was jogging being kidnapped and found dead, that same week a 19-year-old went on a shooting spree throughout the area while streaming it live on social media. According to the police, both suspects had a criminal past, which has left many wondering why they were out of police custody, to begin with.

“When someone has committed a crime, alleged, and they’re before the judge, and they don’t have a job, and they have a history of violence why in the world would you let that person out on bail, why? Because their job is victimizing people, and robbing people and doing drugs, that’s their job,” said Wyatt. She went on to explain how she does believe some people can be reformed, but unless the state focuses on prison and jail reform, it will never happen.

Wyatt focuses on advocating for the people in families that are left to pick up the pieces after a crime happens. She described the gut-wrenching feeling many feel when a judge or district attorney gives plea deals to violent criminals.

“Let’s do something with the people incarcerated that we know are going to get out, let’s give them what they need and restore their lives and come out and be a blessing instead of a curse,” said Wyatt.

Both organizations told News 2 they are looking forward to changes happening in the next legislative session.