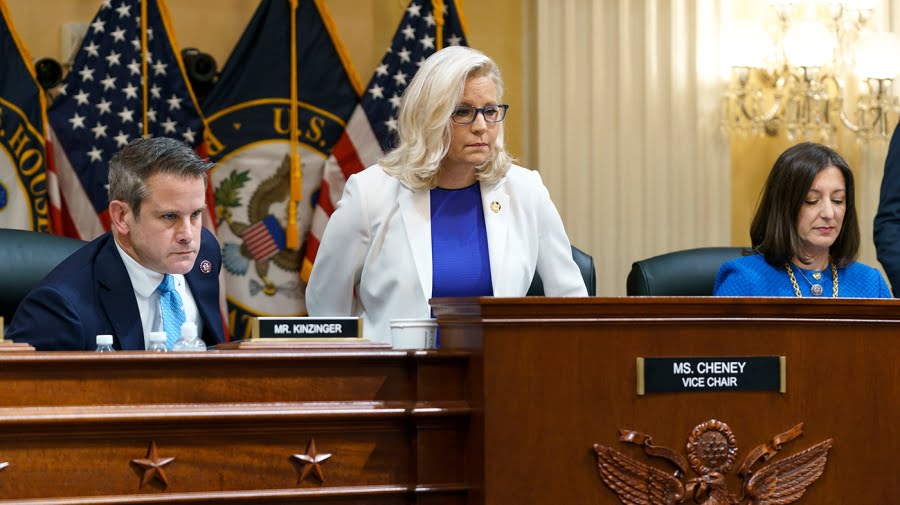 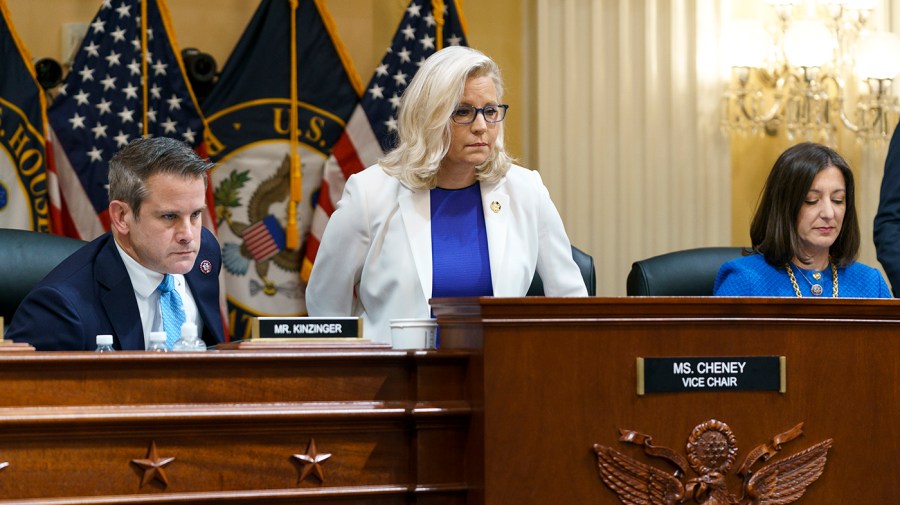 The House select committee investigating the Jan. 6, 2021, attack on the U.S. Capitol is heading into a crucial week as it prepares to hold its final presentation, release a highly anticipated report outlining findings from the panel’s year-plus probe and vote on criminal referrals to the Department of Justice.

The votes on criminal referrals are expected during Monday’s business meeting, marking a significant step for the panel, which has said one of its goals is to prevent what happened on Jan. 6 from happening again.

The week’s closely watched events are the culmination of the committee’s sprawling investigation, which began months after last year’s deadly riot and has consisted of almost a dozen hearings, testimony from more than 1,000 witnesses and millions of documents.

Here are five things to look for as the committee kicks off a pivotal week:

Committee to vote on referrals Monday

The committee will vote on criminal referrals to the Department of Justice (DOJ) during its final business meeting on Monday.

Multiple outlets reported on Friday that the committee will vote on urging the DOJ to pursue at least three charges against former President Trump, including obstruction of an official proceeding of Congress, insurrection and conspiracy to defraud the United States.

The referrals will be closely watched inside and outside Washington, but they are also largely symbolic. The DOJ is not obligated to consider recommendations from congressional committees and is in the midst of conducting its own investigation into Jan. 6.

Criminal referrals likely won’t be the only ones the panel considers.

Rep. Bennie Thompson (D-Miss.), the chairman of the committee, previously said the panel was considering “five or six categories” for referrals. The committee has highlighted behavior that would be under the purview of the Justice Department, House Ethics Committee and professional organizations, such as bar associations.

On Sunday, Rep. Adam Schiff (D-Calif.), a member of the panel, told CNN’s “State of the Union” that the committee has considered censure and ethics referrals.

Asked last week if he or any of his GOP colleagues are concerned about being referred for criminal contempt for ignoring subpoenas, McCarthy told reporters “no, not at all, we did nothing wrong.”

The committee could also be mulling referrals to bar associations as a rebuke to the lawyers who assisted Trump in his quest to challenge the results of the 2020 presidential election.

The committee is set to release its report, which will be comprised of eight chapters outlining the findings of the panel’s months-long investigation, on Wednesday.

Those chapters, according to Politico, will closely correspond with the evidence presented at its nine public hearings this year. The committee will also provide an executive summary.

After Monday’s business meeting, the panel is expected to release certain materials, including an executive summary of the report, details on referrals, and additional information about witnesses who have appeared before the committee, according to a select committee aide.

But on Wednesday, the public will get access to the full report, including “attachments and some other things,” according to Thompson. The public may have to wait longer, however, to sift through transcripts of witness interviews.

“A lot of our work is also focused on recommendations, legislatively what needs to be done to prevent coups, insurrections, political violence and electoral sabotage in the future,” Raskin, who is a constitutional law expert, said in the Capitol last week.

“And in some sense that’s the heart of it because we think there is a clear, continuing, present danger to democracy today,” he added.

The House has already passed one legislative proposal crafted by members of the committee — the Presidential Election Reform Act, which clarifies the vice president’s role in certifying elections and significantly increases the number of lawmakers needed to object to the certification of a state’s electors.

But Raskin told reporters that the measure was “a very minimal first step.”

In September, he laid out a laundry list of areas the committee wanted to address following its investigation.

“We want to strengthen and fortify the electoral system and the right to vote. We want to do what we can to secure the situation of election workers and keep them safe from violence. We want to solidify the states in their determination that private armed militias not operate in the name of the state. You know, we don’t have any kind of federal law or policy about private armed militias,” the Maryland Democrat said.

It remains to be seen what the scope of the final recommendations will be. And they will be released just as Republicans take control of the House, leaving no time for the Democratic majority to pursue legislation.

Asked last week if there is any regret that the recommendations are coming at such a late stage, Raskin told reporters “I hope that they will have an impact on the thinking of Congress going forward.”

The DOJ has spent months requesting evidence from the panel as it conducts its own investigation and on Wednesday it will finally get its hands on the committee’s final report.

Attorney General Merrick Garland had said the department would like to view the transcripts and other materials “so that we can use it in the ordinary course of our investigations.”

In June, the DOJ wrote in a court filing that the committee’s refusal to share information was making its work more difficult.

“The Select Committee’s failure to grant the Department access to these transcripts complicates the Department’s ability to investigate and prosecute those who engaged in criminal conduct in relation to the January 6 attack on the Capitol,” a letter in the filing read.

“Accordingly, we renew our request that the Select Committee provide us with copies of the transcripts of all the interviews it has conducted to date,” it added.

But Thompson told reporters last month that the DOJ would have to wait until the final report was published to view evidence the committee collected throughout its year-and-a-half investigation.

The DOJ will finally get its wish on Wednesday, when the committee’s report is made available to the public — including those who work in the agency.

Cheney, Kinzinger to have final moments in the spotlight

Monday’s business meeting will also mark a swan song of sorts for Reps. Liz Cheney (R-Wyo.) and Adam Kinzinger (R-Ill.), who are departing Congress at the end of this month after breaking from the Republican Party and denouncing Trump.

Cheney, one of two Republicans serving on the panel, is leaving the House after losing reelection over the summer, in part because of her participation on the Jan. 6 committee.

She has emerged as an outspoken critic of Trump, using her prominent position as vice chair of the committee to lay out the case that the former president was responsible for what happened at the Capitol on Jan. 6.

It is a main reason why she lost reelection last year to Wyoming lawyer Harriet Hageman, who Trump handpicked to challenge Cheney after she voted for his impeachment and joined the Jan. 6 committee.

Kinzinger has also become a top GOP critic of Trump, though he opted out of running for reelection this year.

Despite their departures, the GOP duo has continued in their crusades against Trump, criticizing him for recent comments he made regarding the Constitution and for dining with noted white supremacist Nick Fuentes.

But Monday’s meeting will likely be the last time they can make the case against Trump with the audience and platform that come with being a member of Congress.