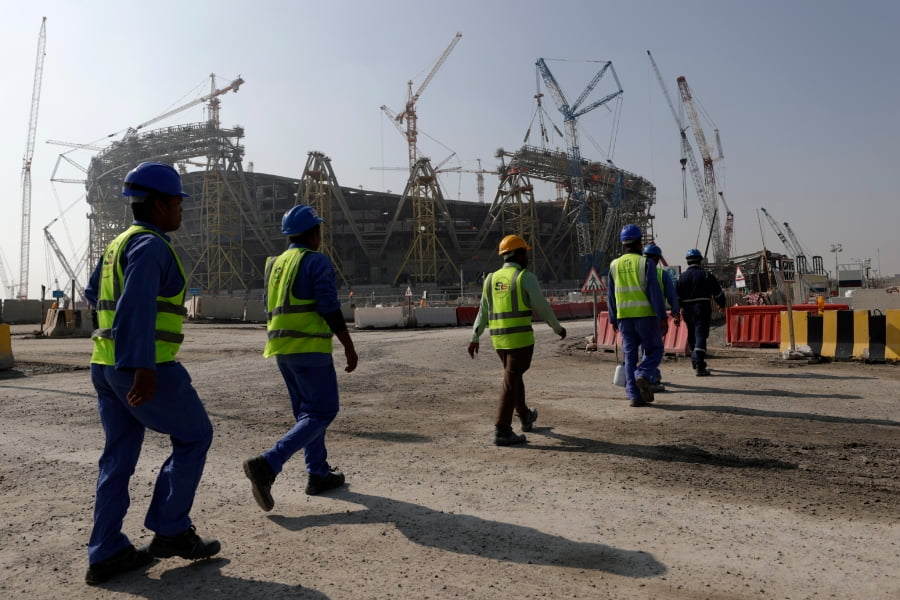 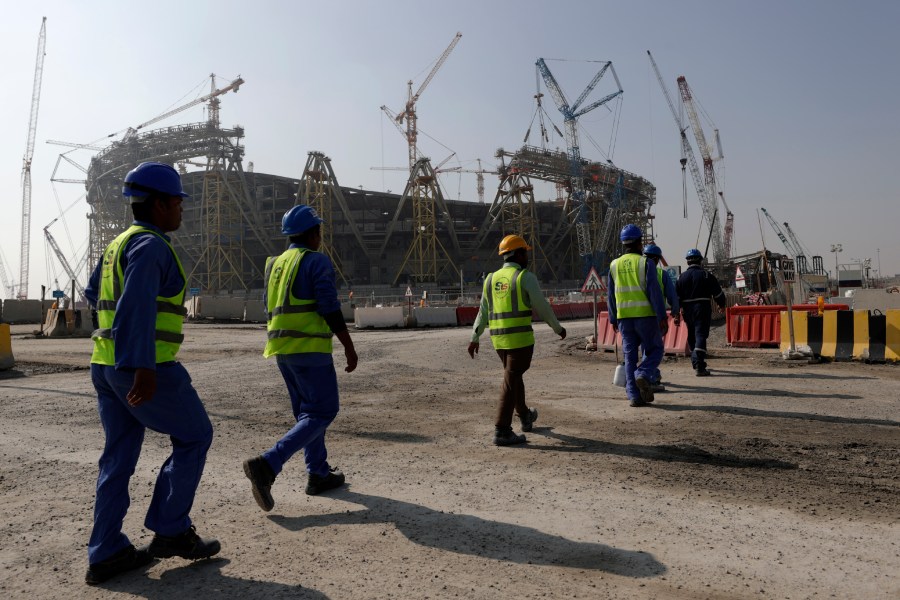 GENEVA (AP) — FIFA wants to help workers in Qatar get compensation for being injured while building projects for the World Cup, one of the soccer body’s top officials told European lawmakers on Thursday.

Soccer federations in Europe have supported calls for a fund since Amnesty International said FIFA should contribute $440 million toward reparations — matching the total prize money FIFA will pay to the 32 national teams playing in Qatar next month.

Qatar has faced intense scrutiny of the physical and contractual conditions for hundreds of thousands of migrant workers who were needed in the tiny emirate since the World Cup hosting rights were won 12 years ago.

Compensation is “certainly something that we’re interested in progressing,” FIFA deputy secretary general Alasdair Bell told a Council of Europe session on labor rights in Qatar.

“It’s important to try to see that anyone who suffered injury as a consequence of working in the World Cup, that that is somehow redressed,” Bell told lawmakers from the 46-nation group at their meeting in Strasbourg, France.

FIFA was urged on Thursday to use its leverage with the World Cup host nation by the official who publicly criticized Qatar when global soccer leaders met in Doha this year.

Ensuring compensation is paid should be a key target for FIFA to secure a positive legacy in Qatar after the World Cup, Norwegian soccer federation president Lise Klaveness told lawmakers.

“It is difficult to frame it in but it is necessary, also for historical abuses, injuries and deaths,” she said, adding that a lack of independent investigations of unexplained worker fatalities in Qatar was an “elephant in the room.”

FIFA’s Bell agreed with Klaveness that a reparations fund “is not the simplest thing to put into place” and would need clear rules and oversight.

“But this is certainly something that we’re interested in progressing,” he said.

It was not specified on Thursday if compensation money should come from FIFA, Qatari authorities or the construction firms who employed the workers, many from south Asia and the Philippines.

Qatar has set up a workers’ support fund which, since 2020, has paid $164 million in compensation to more than 36,000 workers from 17 different countries, Human Rights Watch said in August citing government data.

Qatari authorities and World Cup organizers were also praised in Strasbourg for passing labor law reforms including a minimum wage.

“It is not just fluff, it’s real, and it is delivering some tangible benefits that have actually improved the lives of hundreds of thousands of people,” Bell said.

“The risk,” he acknowledged, “is that once the spotlight is turned off after the World Cup it’s really important that these changes remain and are built upon and hopefully even spread wider in the Middle East.”

Bell said it was also important for migrant workers to have access to a “safe haven” in Qatar to learn their legal rights — a project backed by the global soccer players’ union FIFPRO that Klaveness also highlighted.