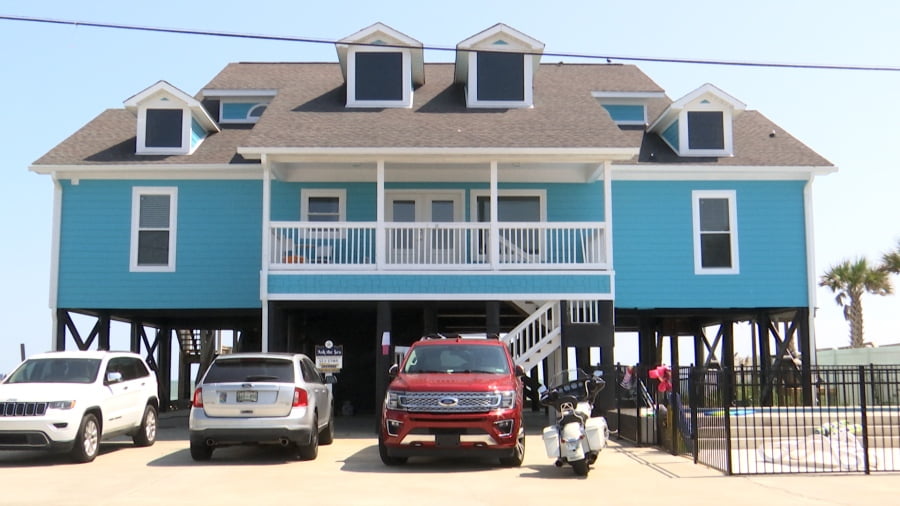 GARDEN CITY, S.C (WBTW) — One family spent thousands of dollars on a high-end rental home in Garden City, but when they arrived on Saturday, it was everything but, and now Georgetown County is involved.

Now, the family is packing up disappointed.

“Just trying to enjoy the beach and a vacation,” Bill Collins said. “We’ve had a vacation nightmare.”

Back in April, Collins booked a recently renovated seven-bed vacation home in Garden City for the week. It boasted an oceanfront view featuring second and third floor decks.

But when the family of nine arrived on Saturday, they were shocked to find key features missing, in addition to exposed wires, cracked windows, loose deck railings, protruding sharp nails in the outdoor shower, missing steps to their private beach access, and a locked door that led to a wide-open shed.

Sea Star Realty said the steps to the beach access were washed away the night before the family’s arrival by a King Tide. News13 confirmed there was a King Tide that night at nearly seven feet. However, the neighbors steps are still there.

Collins said the conditions at the home were so rough that he called Georgetown County for a building inspection.

“I felt like that was some of our only recourse,” Collins said. “They sent somebody over to inspect the home and he said that this is just bad. He looked at me and he said, ‘Mr. Collins, this is bad.'”

📲 Download the News13 app to stay updated on the go.
📧 Sign up for WBTW email alerts to have breaking news sent to your inbox.
💻 Find today’s top stories on WBTW.com for the Grand Strand and Pee Dee.

A county inspector stopped by on Tuesday and found a laundry list of issues spelled out in a violation notice that now sits on a post at the front of the home for “renting an unsafe house in violation with Georgetown County regulations.”

“The party booked a property under construction in April 2022 with only tentative renderings advertised. Upon arrival, party was very upset that the new inlet dock was not built due to construction delays, which the photos accurately depict. After several conversations, and several parties involved to include Georgetown County building commission and the original contractor hired by the owner of the home, the guests were generously compensated in good faith for their inconveniences.”

“If they don’t give me a nickel back, I hope they don’t screw over another vacation guest that comes to the Grand Strand because it’s just not right,” Collins said.

He said this week has been a learning experience and he and his wife will try to be more cautious when booking online.

Sea Star Realty told News13 today the home was finished in July and the Collins family isn’t the first to vacation there.

Collins said if the company had just given him advance notice that some of the amenities would not be available, it would be a different story.

At some point in the last week, the real estate company changed the listing for the home from what was in screenshots shown to News13 that were taken the day the family arrived.