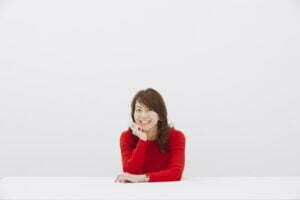 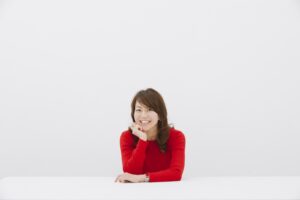 After coming up through corporate giants like IBM and Adobe, Mariko Nishimura has been running a two-person creative consulting firm Heart Catch for nearly a decade, looping in willing players from her vast network to dream big and realize large-scale projects.

Her newest venture is the startup Naro, which produces on-demand streaming courses about Japanese culture. They’ve snagged big-name collaborators to teach, including Konishiki for sumo, Mamoru Oshii for anime and Zaiyu Hasegawa for Japanese cooking. Nishimura hopes the courses can contribute to Japan’s standing in the world by raising the profile of otherwise reticent masters.

Are you from Tokyo originally?

Yes—I was born in Tokyo. Suginami is my hometown but I’ve lived in a lot of places because of my father’s job. He was transferred a lot, so I’ve lived in Osaka and Nagoya too. I went to four different elementary schools!

Is that what made you so outgoing?

I was forced to meet new people every year. At first it was hard, especially when I was eight and nine years old, often changing schools and friends. I even got bullied and had bad days but those experiences made me very strong. Now I feel as if I have no hesitation in meeting new people.

My father worked for the Japanese telecom NTT back in the day. He had a first-generation cellphone—it was around 1980 at the time so it was the kind with the big box attached. We also had personal computers, which were new at the time, around the house too. My father also really loved making things. He often created things around the house both digital and not. I learned a lot from him and my curiosity for making things and creating something digital grew from there.

What did you study at university?

My major was international studies, but I also belonged to the stage lighting club where I used a computer to make simulations for the stage. It was a hobby, but it did get me into digital creation and programming. It also got me curious about the internet, digital tech and layers like applications and hardware networks. So, for my first career, I went to IBM as an engineer.

What did you work on at IBM?

I worked with a global team to make the IBM support page. Not only did we work on the user interface but creating the search engine too. I actually hold a patent for global search terminologies from those days.

What was it like working in IT at that time as a woman?

IBM is a leader in encouraging more women in the workforce as engineers and other positions. I personally didn’t feel a gap between myself and my male colleagues. However, outside IBM, there were not as many women working in IT, digital or engineering jobs at that time. I was very lucky that IBM gave me the opportunity to be an engineer.

Why did you switch to marketing?

After visiting various departments to present my web system, I found that I simply preferred speaking with people over engineering. I transferred to the IBM marketing team in 2003 as I wanted to try something with more flexibility to innovate. Later, I met the Macromedia marketing leader who invited me to join Macromedia Japan. The team at the time was made up of just 30 people, but to me, it was an opportunity to grow it into something much bigger. Macromedia was later acquired by Adobe.

So marketing was a good match for you?

Creating systems as an engineer gave me a sense of achievement but I often found myself bored. In marketing, I can meet a lot of new people and try different things. There are no concrete goals or rules when it comes to marketing because users are constantly changing and the market itself is constantly changing. I find that kind of excitement fun!

And then you got into media creation at Bascule.

As a Japanese person, I wanted to try working at a Japanese company. Bascule wanted to create new services and experiences, and they asked me to join them as a producer. We worked on combining television programs with smartphones and social media. We created an application for interactive television. Viewers could vote for things or send applause as they watched television shows live. This system was new in the industry and it won a Cannes Lion [an award for creativity in branded communication].

You founded your own company in 2014. Can you tell me about that?

My company is called Heart Catch. I wanted to use my skills to create a totally new brand and to have more control in terms of decision-making. At Heart Catch, I create new projects with big Japanese companies that struggle to create new businesses, products and services. I consult with them on what’s happening in the world and what they should do about it. As someone with an engineering, marketing and producing background, I can provide companies with networks that I have worked with in the past.

My first project involved supporting Japanese startups to improve their English presentations. I showed them how to exhibit at global exhibitions. And to further spread the startup movement in Japan, I consulted with the Ministry of Economy, Trade and Industry and the Japan External Trade Organization.

You’ve now co-founded Naro and brought in some big names to collaborate. How did that get started?

In May 2021, some friends messaged me and said, “Mariko, are you interested in a MasterClass-like startup?” To which I said—yes. I met with HBO alum and serial entrepreneur, Todd Silverstein, who was really passionate about the concept, which we brought to life as Naro.

What appealed to you about the concept?

Naro’s concept is to promote the voices and philosophies of Japanese masters to the world. I’ve felt very passionate about this my whole life. I want talented Japanese people to be better at presenting themselves to the world. Naro is able to find these otherwise very humble people, their philosophies and voices, and make them loud enough for the global market to hear. Naro is of course a business for me, but it’s also my life’s mission. I want to represent talent and say to the world, “Hey, they’re great things happening here in Japan!”

Savvy Spotlight is a monthly feature introducing foreign and Japanese women at the frontline of what’s successful, contributing, cool, unique and interesting in the city. If you have anyone in mind you would like us to interview, leave us a comment below with your recommendations!