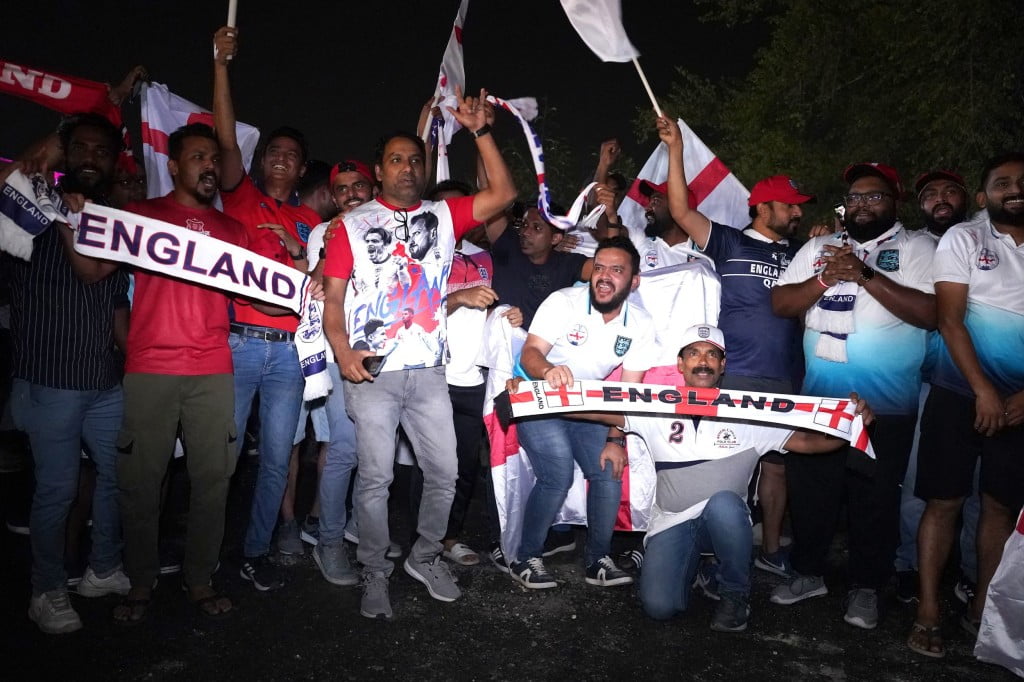 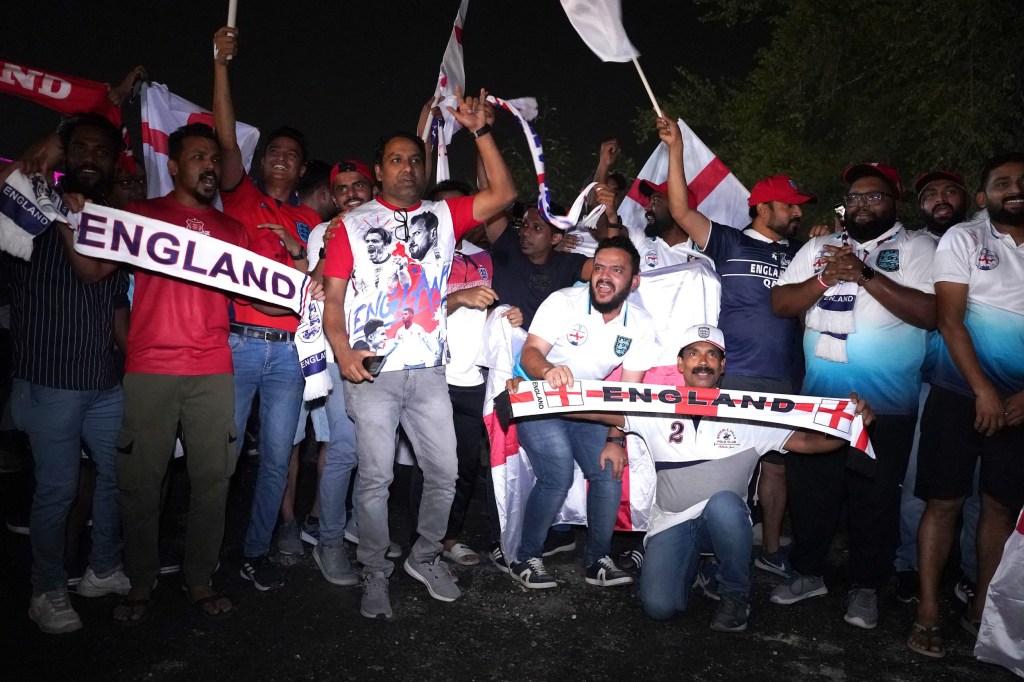 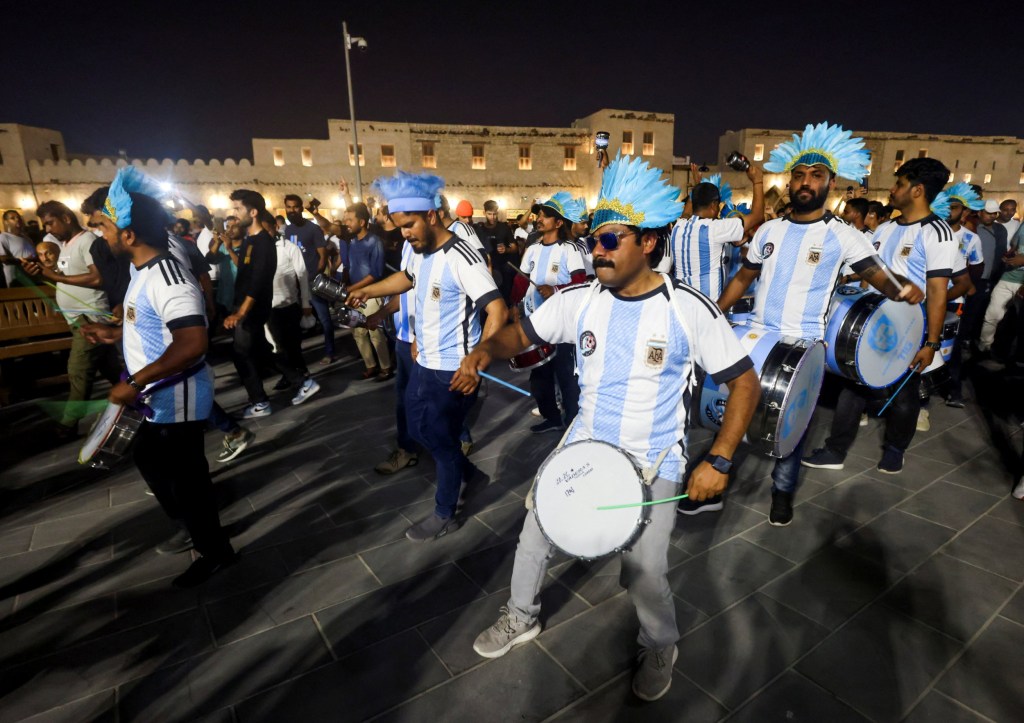 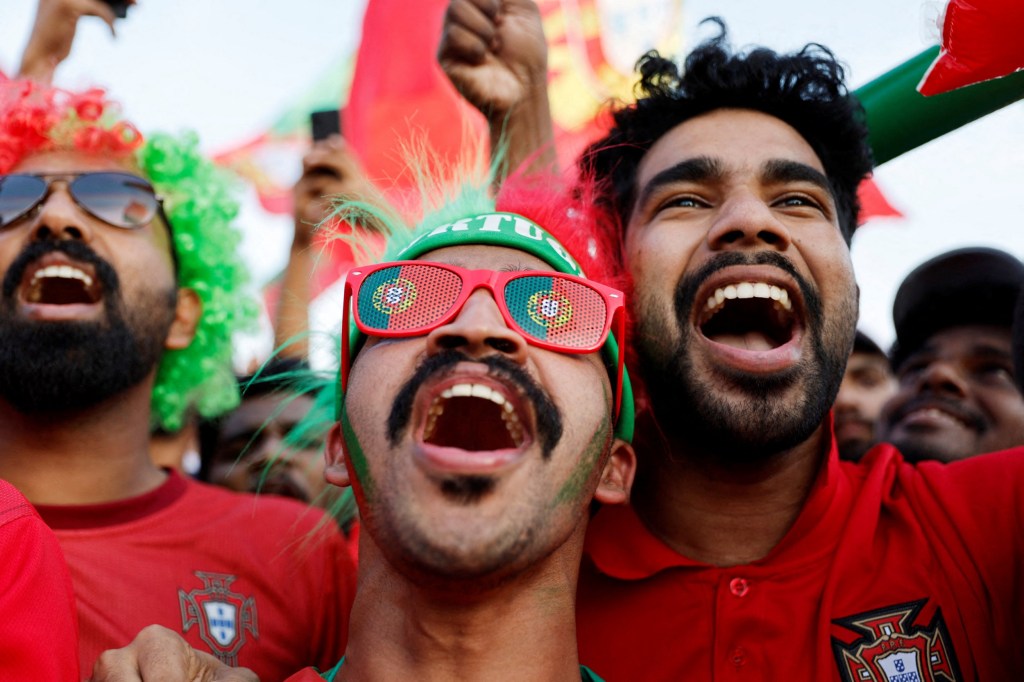 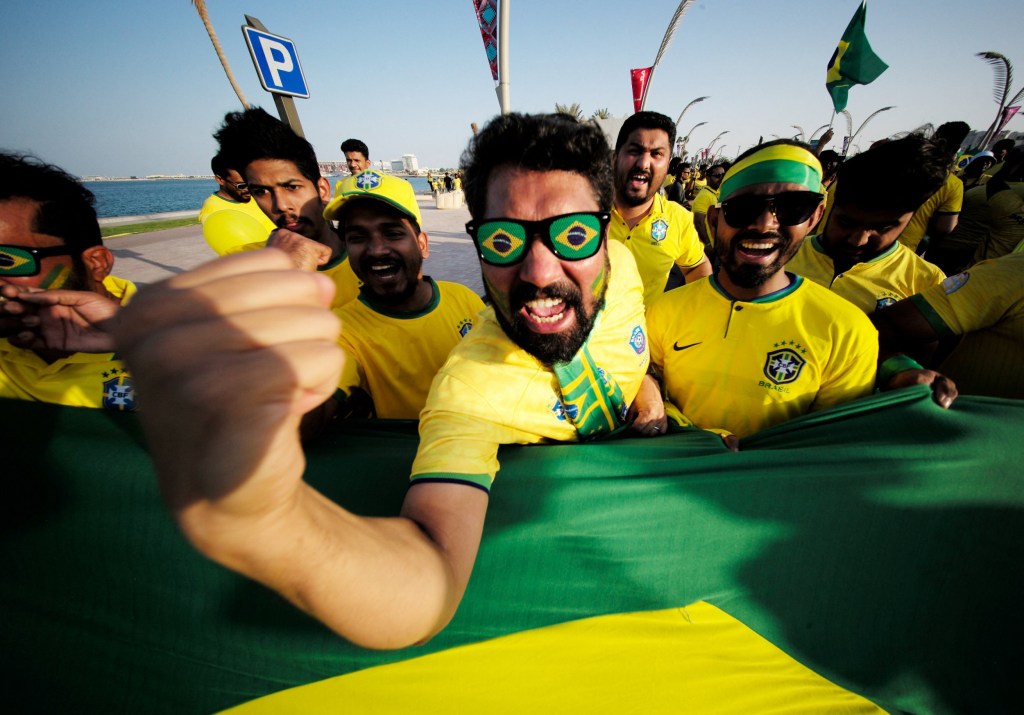 Gareth Southgate’s England squad arrived at their World Cup base in Doha last night to an enthusiastic if somewhat bizarre reception.

Harry Kane, Jack Grealish, their teammates and dozens of support staff will spend the duration of the tournament at the swanky Souq Al Wakra hotel where hundreds of supporters congregated to mark their arrival.

England play their first match against Iran on Monday, while the tournament begins on Sunday with hosts Qatar facing Ecuador amid a backdrop of controversy.

While Qatar’s human rights record remains firmly under the microscope, the authenticity of supporters attending the event has also been called into question.

It emerged last week that a group of 40 England fans would be paid to attend and deliver positive PR for the gulf state.

England were greeted by what The Times termed ‘expats from India working in Qatar’ yesterday evening. The group, which comprised of around 100 men, wore unofficial merchandise and chanted what could generously be described as an unorthodox rendition of ‘Football’s Coming Home’.

Sajidh, one of those in attendance, a 29-year-old mechanical engineer, refuted claims he and his compatriots were ‘fake’.

‘None of us are getting paid,’ he said.

‘We are diehard England fans. My favourite player was David Beckham, but now it is [Bukayo] Saka.

‘If someone offered to pay us to support England we would turn them down. We are genuine supporters. Many of us grew up watching Beckham and Michael Owen. Our love is to this team.’

Niyas, also 29, agreed and claimed he had been able to purchase tickets for England’s upcoming group stage fixtures.

‘We made these England tops ourselves,’ he said. ‘No one gave them to us. Argentina is the most supported team among Indians in Qatar, followed by Brazil. But then it is England.’

Poor recent results which culminated in England’s relegation from the Nations League in September, meanwhile, have tempered expectations surrounding Southgate’s 26-man squad, but captain Kane is adamant they remain on an upward trajectory.

‘We’ve been trending well in major tournaments so there’s only one more step to take and hopefully we can take it this time,’ the Tottenham striker said on arrival in Doha.

The unique build-up to this winter World Cup means England will go into Monday’s Group B opener without having had a warm-up game, but Kane believes they will adapt.

‘It’s exciting, stranger than usual thinking that we’re going to be playing in about five or six days. We’re used to preparing for games with England in a short period. With major tournaments it’s a bit different,’ he said.

‘The mentality of the squad will adapt to it well and that’s what we’re going to.

‘We’re trying not to think that far ahead but of course (winning the World Cup) is the dream and what we’re aiming to do. It’s going to be a tough tournament, we have to prepare for that but really excited to get going.’