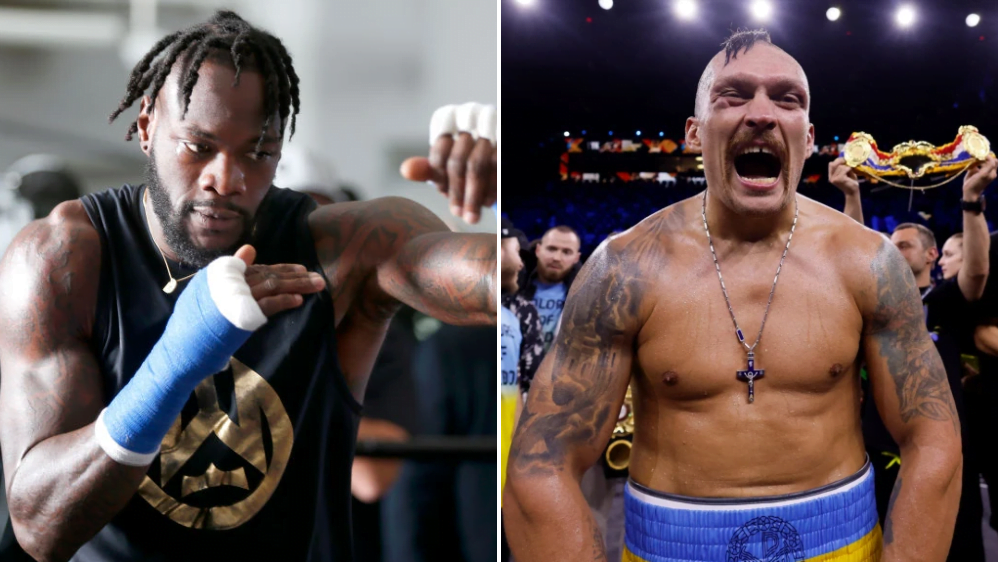 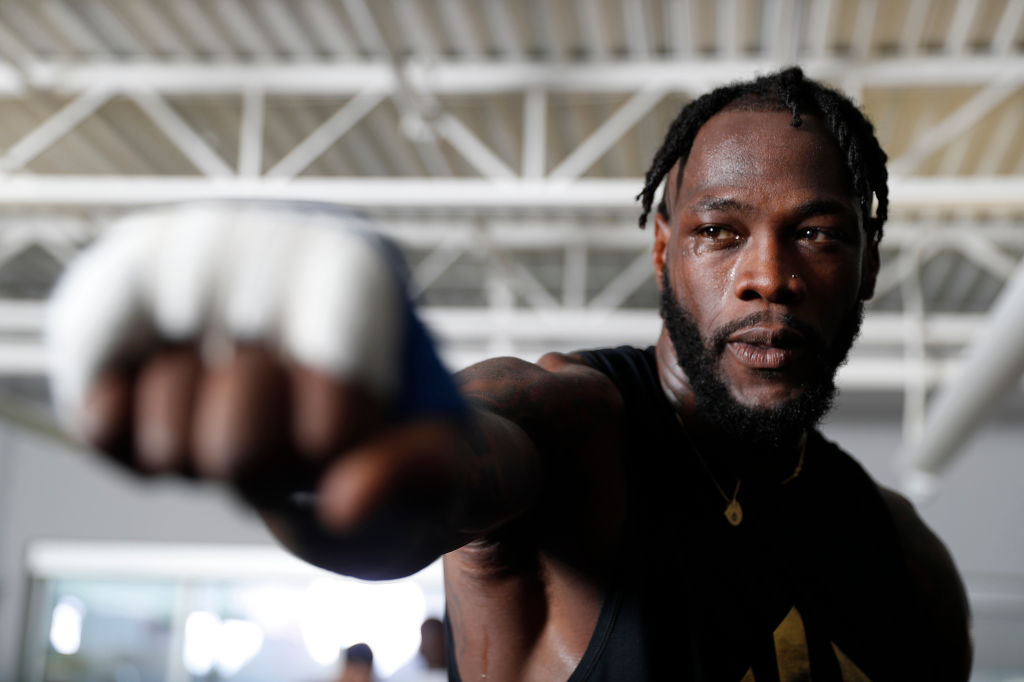 Deontay Wilder has warned he doesn’t want to ‘scare off’ Oleksandr Usyk with the Ukrainian set to be ringside for his return fight against Robert Helenius on Saturday.

‘The Bronze Bomber’ is back in the ring for the first time since his trilogy defeat to Tyson Fury last October and is eager to force himself back into the world title picture.

He takes on Helenius in a WBC title eliminator, with the ‘The Nordic Nightmare’ riding a career high following back-to-back wins over Adam Kownacki.

Following his rematch victory over Anthony Joshua in August, IBF, WBO and WBA champion Usyk has his sights set on a unification showdown with Fury in 2023 but has also named Wilder as an ideal alternative.

The former cruiserweight king also revealed his plans to be ringside at the Barclays Center on Saturday with Wilder promising deliver a show.

‘I’m going to do what I’ve got to do,’ Wilder told reporters at an open workout this week. ‘I don’t want to make a big statement, I don’t want to scare him off. He says he wants the winner of the fight.

‘The last guy that said he wanted the winner of the fight was Joseph Parker, and after the fight, I gave a devastating knockout, and he went the other way. So, I’m going to do what I’ve got to do, and hopefully, he’s a man of his word, and we’ll see a great fight in the next fight.’

Wilder’s comments on Parker appear to be in reference to the New Zealander watching on from ringside as he knocked out Gerald Washington in 2017.

Talk of a fight between Wilder and Parker, then WBC and WBO champions respectively, had been building but never came to pass, with the latter defending his title in a mandatory defence against Hughie Fury before losing the belt to Anthony Joshua to following year.

After naming Wilder as a possible next opponent in September, Usyk added: Wilder is a dangerous fighter, and that fight would most likely be in the United States.’

Usyk’s manager Egis Kilmas meanwhile confirmed they will progress with their plans to fight Wilder next year, insisting they will not wait around for Fury after countless contradictions from ‘The Gypsy King’ over his future.

‘If you look in his past at everything that happened, Fury always caused a problem when it came to getting an undisputed world champion. He’s unpredictable.’