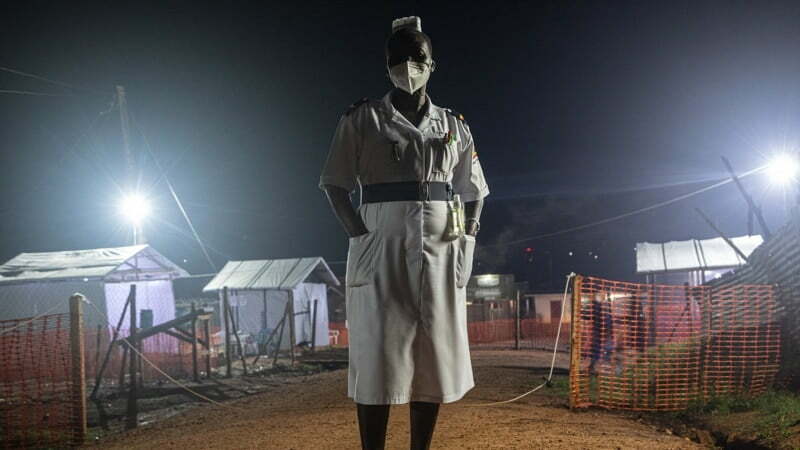 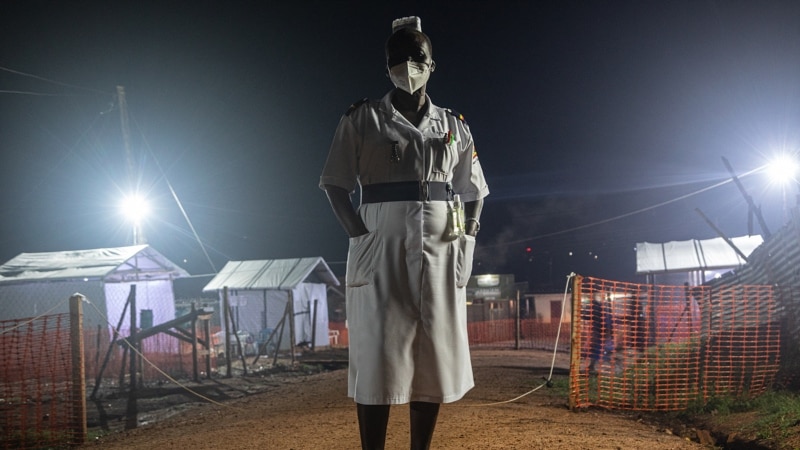 As Ugandan farmer Bonaventura Senyonga prepares to bury his grandson, age-old traditions are forgotten and fear hangs in the air while a government medical team prepares the body for the funeral — the latest victim of Ebola in the East African nation.

Bidding the dead goodbye is rarely a quiet affair in Uganda, where the bereaved seek solace in the embrace of community members who converge on their homes to mourn the loss together.

Instead, 80-year-old Senyonga is accompanied by just a handful of relatives as he digs a grave on the family’s ancestral land, surrounded by banana trees.

“At first we thought it was a joke or witchcraft but when we started seeing bodies, we realized this is real, and that Ebola can kill,” Senyonga told AFP.

His 30-year-old grandson Ibrahim Kyeyune was a father of two girls and worked as a motorcycle mechanic in central Kassanda district, which together with neighboring Mubende is at the epicenter of Uganda’s Ebola crisis.

Both districts have been under a lockdown since mid-October, with a dawn-to-dusk curfew, a ban on personal travel and public places shuttered.

The reappearance of the virus after three years has sparked fear in Uganda, with cases now reported in the capital, Kampala, as the highly contagious disease makes its way through the country of 47 million people.

In all, 53 people have died, including children, out of more than 135 cases, according to the latest Ugandan health ministry figures.

‘Ebola has shocked us’

“Ebola has shocked us beyond what we imagined. We see and feel death every day,” he told AFP at his nephew’s gravesite.

“I know when the body finally arrives, people in the neighborhood will start running away, thinking Ebola virus spreads through the air,” he said.

Ebola is not airborne — it spreads through bodily fluids, with common symptoms being fever, vomiting, bleeding and diarrhea.

But misinformation remains rife and poses a major challenge.

In some cases, victims’ relatives have exhumed their bodies after medically supervised burials to perform traditional rituals, triggering a spike in infections.

“We have embraced the fight against Ebola and complied with President Museveni’s directive to close our shrines for the time being,” said Wilson Akulirewo Kyeya, a leader of the traditional herbalists in Kassanda.

The authorities are trying to expand rural health facilities, installing isolation and treatment tents inside villages so communities can access medical attention quickly.

But fear of Ebola runs deep.

Brian Bright Ndawula, a 42-year-old trader from Mubende, was the sole survivor among four family members who were diagnosed with the disease, losing his wife, his aunt and his 4-year-old son.

“When we were advised to go to hospital to have an Ebola test, we feared going into isolation … and being detained,” he told AFP.

But when their condition worsened and the doctor treating them at the private clinic also began showing symptoms, he realized they had contracted the dreaded virus.

“I saw them die and knew I was next, but God intervened and saved my life,” he said, consumed by regret over his decision to delay getting tested.

“My wife, child and aunt would be alive, had we approached the Ebola team early enough.”

Today, survivors like Ndawula have emerged as a powerful weapon in Uganda’s fight against Ebola, sharing their experiences as a cautionary tale but also as a reminder that patients can survive if they receive early treatment.

Health Minister Jane Ruth Aceng urged recovered patients in Mubende to spread the message that “whoever shows signs of Ebola should not run away from medical workers but instead run towards them, because if you run away with Ebola, it will kill you.”

It is an undertaking many in this community have taken to heart.

Dr. Hadson Kunsa, who contracted the disease while treating Ebola patients, told AFP he was terrified when he received his diagnosis.

“I pleaded to God to give me a second chance and told God I will leave Mubende after recovery,” he said.

But he explained he could not bring himself to do it.

“I will not leave Mubende and betray these people at the greatest hour of need.”