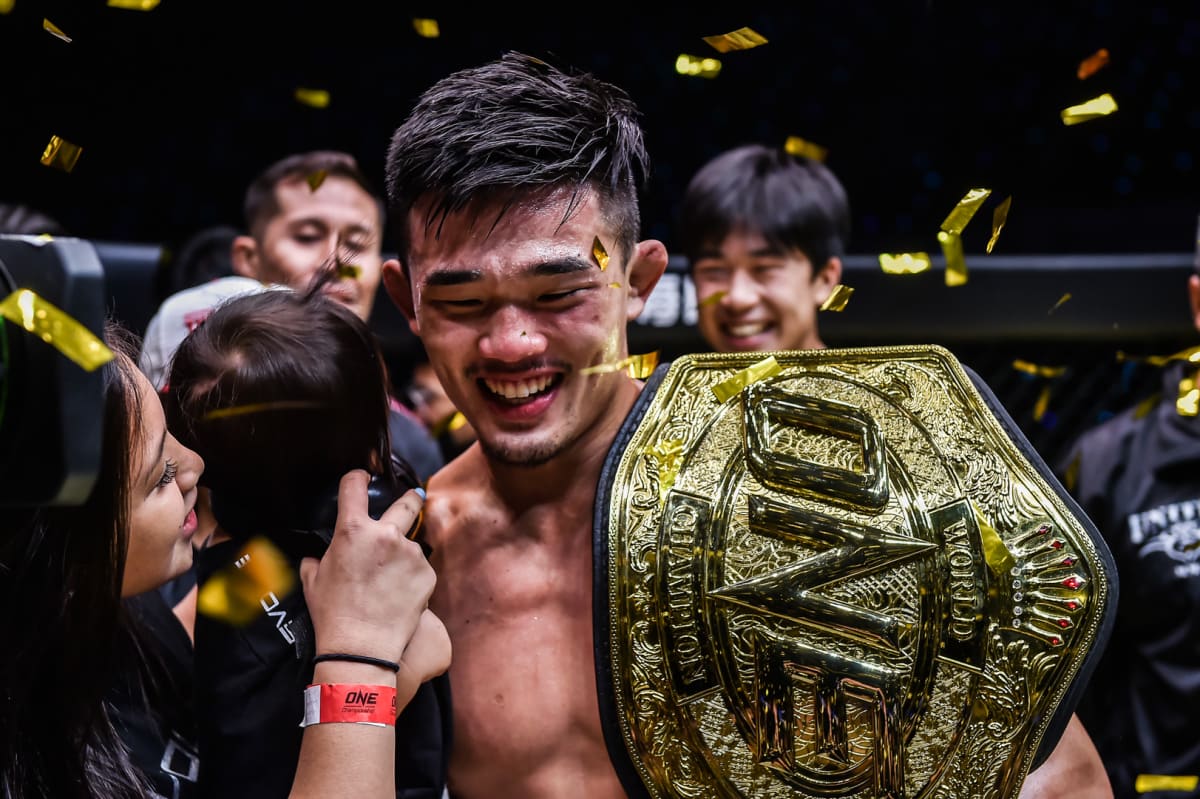 At just 24 years old, reigning ONE Championship lightweight titleholder Christian Lee has already accomplished some rather spectacular feats. At this weekend's ONE on Prime Video 4, he's aiming for another incredible accomplishment.

“It's actually something I've been pushing for for a while – even before I lost my belt and regained it again,” Lee told MMA Underground. “When I was defending my lightweight title, it was something I kept hinting at. I always kept telling (ONE CEO) Chatri (Sityodtong). I kept telling the media. I said, 'I want to fight for the welterweight title.'”

Lee first claimed the ONE lightweight belt at just 20 years old with a spectacular win over MMA legend Shinya Aoki in 2019. After successfully defending the belt three times, Lee would cede the title to South Korea's Ok Rae Yoon in September 2021. This past August, he scored an emphatic TKO win over Yoon to claim it back.

Now, just three months later, Lee (16-4) is moving up a weight class to challenge reigning welterweight titleholder Kiamrian Abbasov (23-5) for his belt. The two clash in the main event of ONE on Prime Video 4, which airs live on Amazon's streaming platform Friday night (8 p.m. ET) in North America from Singapore.

Both have a penchant for finishing fights, so on paper, it looks to be a potential barnburner.

“I think Abbasov is a very good fighter,” Lee said. “He's dangerous. He likes to come forward. I think that he is a finisher. He likes to look for the finish, and he's able to mix up his boxing and his wrestling very well, so he's found a lot of success in the welterweight division. I think that between me and Abbasov, our styles line up to make a really exciting fight.

Should Lee prove victorious, the options for him moving forward are endless. He's fought his entire 20-bout career under the ONE banner, making him one of the most popular figures on the promotion's rapidly growing roster. His sister, Angela Lee, is the company's reigning women's strawweight champion.

Lee says he intends to defend both titles and may even look to other divisions moving forward.

“I mean, I don't want to put a cap to it,” Lee said. “I'm definitely going to keep my options open. I plan on beating Kiamrian Abbasov, claiming the welterweight title, and then I plan on defending my lightweight title and the welterweight title. From there, you know, that's the exciting thing about this sport: Anything can happen. So I'll just wait for whatever opportunity presents itself, and I'm looking to take the next big challenge.”

Of course, Lee knows it's foolish to discuss any of those opportunities before he handles the one immediately in front of him. Victory is imperative, and he's confident that's what awaits.

“I'm not looking past Abbasov in any way,” Lee said. “I know he's a dangerous opponent, but in my mind, I see it playing out very similar to my last fight. I plan on pushing the pace early and picking him apart.”