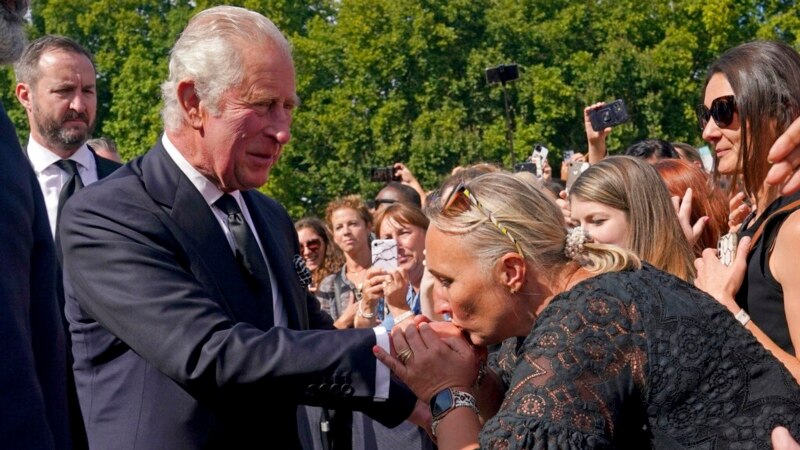 Charles automatically became Britain’s king upon the death of his mother, Queen Elizabeth II, on Thursday. He will be known as King Charles III.

Saturday’s procedure at the Accession Council will be the formal proclamation of his sovereignty and it will be the first time the ceremony will be televised.

On Friday, Charles paid tribute to his late mother, calling her “darling Mama” during his first address as head of state.

Charles, who is 73 and the oldest monarch to ascend the throne, said he would serve with “loyalty, respect and love” as his mother had done for more than seven decades until her death Thursday at age 96.

“That promise of lifelong service I renew to you all today,” Charles said Friday in his televised address from Buckingham Palace to a nation in mourning.

He said Elizabeth’s death brought a “sense of loss, beyond measure” and paid tribute to his mother.

“To my darling Mama: As you begin your last great journey to join my dear late Papa, I want simply to say this: thank you. Thank you for your love and devotion to our family and to the family of nations you have served so diligently all these years. May ‘flights of angels sing thee to thy rest,’” Charles said.

The new king said he would follow the example of his mother.

“As the queen herself did with such unswerving devotion, I too now solemnly pledge myself, throughout the remaining time God grants me, to uphold the constitutional principles at the heart of our nation,” he said.

Charles was greeted by well-wishers as he arrived at the palace Friday alongside Camilla, the queen consort, from Balmoral Castle in Scotland where Elizabeth died.

The king also held his first audience Friday with Prime Minister Liz Truss at Buckingham Palace, in only her third day in the job.

“She was the rock on which modern Britain was built,” Truss told lawmakers.

Around 2,000 people attended a service of remembrance for the queen at St. Paul’s Cathedral on Friday, including Truss and other government officials.

Elizabeth’s funeral will be held in the coming days at London’s Westminster Abbey, and that day will be designated as a National Day of Mourning, a public holiday.

Growing mountains of flowers and tributes to the queen are gathering not only at Buckingham Palace and Windsor Castle, but also at British embassies and cathedrals around the world.

Some information in this report came from Reuters and The Associated Press.