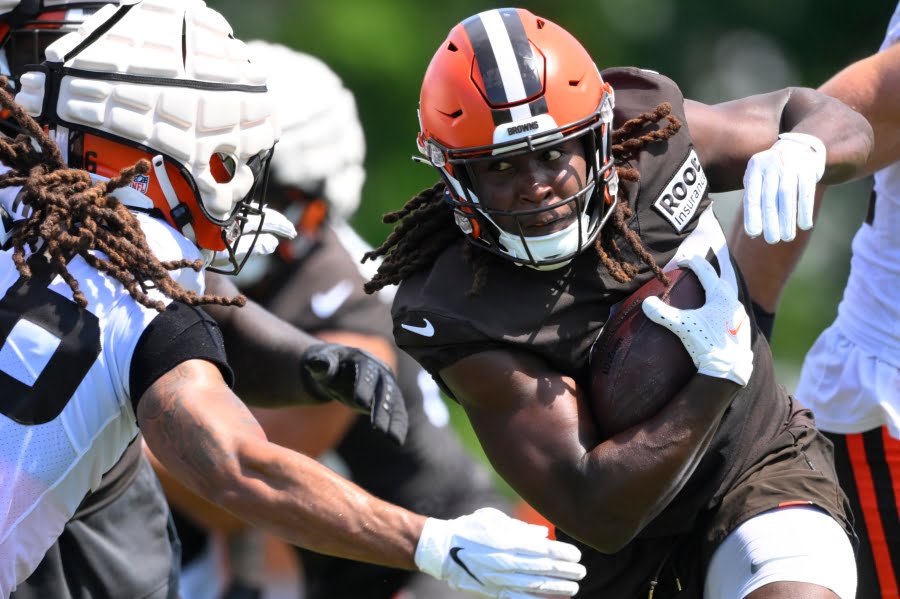 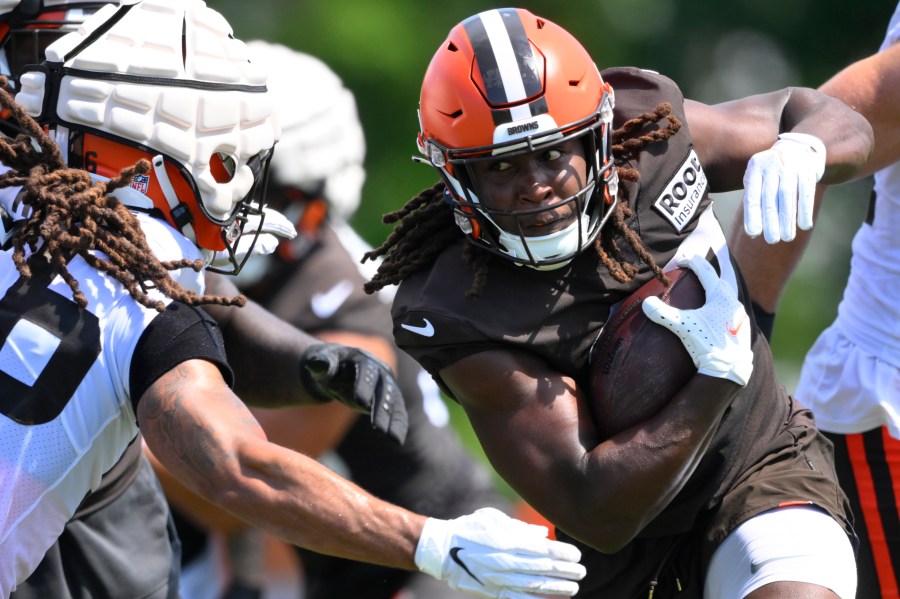 BEREA, Ohio (AP) — Cleveland Browns running back Kareem Hunt has stayed out of team drills during practice the past two days in protest because he’s asking the team for a long-term contract extension.

Hunt is the final year of a two-year, $12 million deal he signed two years ago. The 27-year-old has been productive during his three seasons for Cleveland, but he missed nine games last season with calf and ankle injuries.

Hunt’s situation adds more drama for the Browns, who are waiting to see how long quarterback Deshaun Watson will be suspended for violating the NFL’s personal conduct policy.

There’s no doubt the Browns value Hunt — who led the league in rushing as a rookie for Kansas City in 2017 — but he wasn’t healthy a year ago and the team has better depth now at that position.

The Browns signed Hunt, who is from the Cleveland area, as a free agent in 2019. He came with his own baggage: suspended by the league for the first eight games of 2019 for off-field behavior, which included him shoving and kicking a woman while he played for the Kansas City Chiefs.

Running ferociously every time he touched the ball, Hunt rushed for 841 yards in 2020 and added 304 yards receiving. He led the team with 11 touchdowns and was a perfect complementary piece for Pro Bowl back Nick Chubb.

There’s been speculation about Hunt’s future because the Browns have Chubb (1,259 yards in 2021) as their primary back and another solid backup in D’Ernest Johnson, who had 534 yards while filling in last season.

Cleveland also drafted Jerome Ford in the fifth round from Cincinnati.