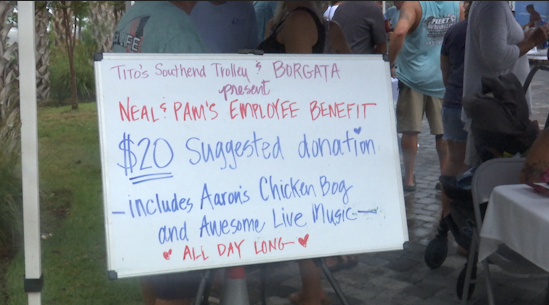 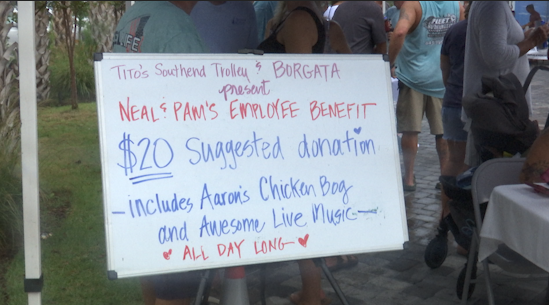 SURFSIDE BEACH, S.C. (WBTW) — A Surfside Beach bar hosted a benefit Sunday to raise money for the employees of another popular bar damaged by fire in July.

Money raised from the all-day event at Borgata of Surfside will go to the employees of Neal and Pam’s Bar and Grill who temporarily lost their livelihood after the July fire that destroyed much of the inside of the business, which opened in Surfside Beach in 1985.

The event featured food, drinks and music, and a place to simply make donations instead of buying food or drinks.

Bartender Mona Marshall said she was happy with the turnout.

Another Surfside Beach business, the Taven in Surfside, hosted a similar benefit in July.