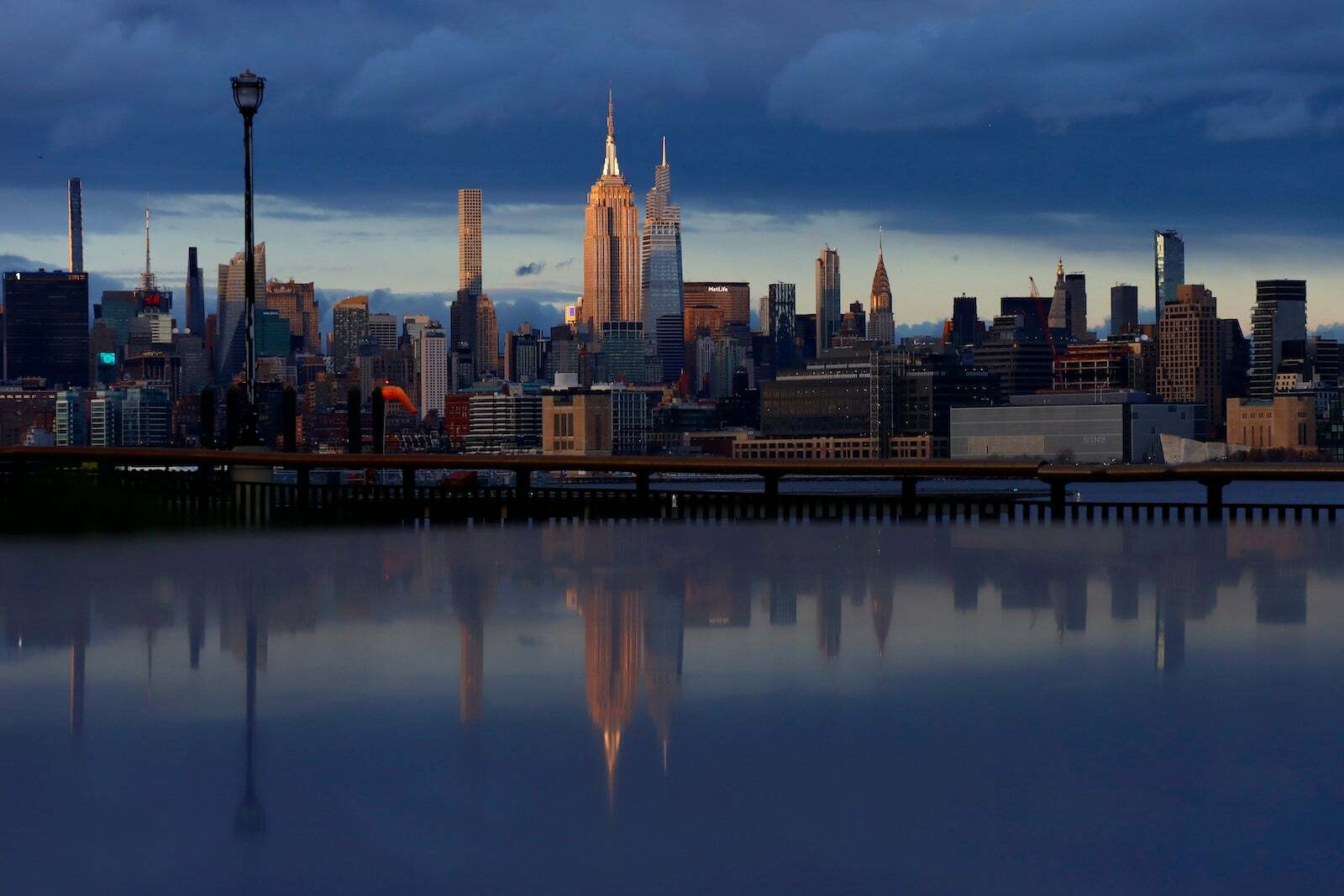 The muse of many songs, TV shows, books and movies, New York City truly has it all plus some glimmering lights and an unforgettable energy.

Nothing compares to New York during the winter. The tree at Rockefeller Center is lit up, the winter markets are open and all the department stores create holiday-themed spectacles in their display windows.

You can experience the Big Apple during one of its most mesmerizing times of the year, with tickets to the city going for as low as $98.

Airlines: Alaska Airlines, American Airlines, Delta Air Lines, JetBlue, Southwest and United Airlines.
Routes: Atlanta, Austin, Charlotte, Chicago, Denver, Houston, Los Angeles, Nashville, New Orleans, Orlando, Seattle and other cities have routes to New York at reduced prices.
How to book: Use Google Flights to determine your availability, then book your flights on the airline’s website.
Travel dates: Generally from December through February, excluding all holidays.
Book by: The next one to two days.

Kudos to Scott’s Cheap Flights for finding this deal. To receive discounts of up to 90%, sign up for the site’s Premium membership, which also comes with a 14-day free trial and costs $49 a year. The Elite membership also sources premium, business-class and first-class deals.

With this bevy of discounted flights, you can fly to the Big Apple from nearly any region in the U.S. for under $200. Some larger cities like Los Angeles offer these flights, but there are also smaller ones like Kansas City, Missouri, and Raleigh, North Carolina.

Here are some noteworthy flights we bookmarked:

When purchasing your tickets, we suggest going through Google Flights to find your ideal dates, and then booking them directly on the airline’s website. Airlines provide a more dependable cover in the event your flight faces a delay, cancellation or booking change.

If you’re in the Chicago area and want to spend your holidays in New York, American and United both have multiple options: American has three flights departing from O’Hare and United has one, all at the same $172 sticker price. Flights depart Dec. 21.

If you decide to book with American, the airline has three different returning flights to Chicago that keep the fare at the same price.

The featured discounted flights only apply to basic economy fares. Compared to other fare classes, basic economy can be more restrictive. However, for a two-to-three-hour trip from Chicago to New York, its cheap prices can be really convenient.

American’s basic economy class has additional fees for seat selection and priority boarding. Passengers can also bring a free carry-on and the first checked bag costs $30. If you were to book basic economy with United, however, you cannot bring a carry-on for free.

On American, the prices for seat selection range from $10 to $41. The most expensive seats on the aircraft are roomier and located in the exit rows.

The information for the Citi Prestige Card has been collected independently by The Points Guy. The card details on this page have not been reviewed or provided by the card issuer.

The holiday season is one of the best times to visit the Big Apple — from the Christmas markets to the tree at Rockefeller Center, the city during the holidays is enchanting and worth experiencing.

Most flights to New York from nearly anywhere in the mainland U.S. are less than $200, so book these tickets as soon as you can. You’ll thank yourself once you’re ice skating in Central Park and strolling along Fifth Avenue to look at the ornate holiday windows.