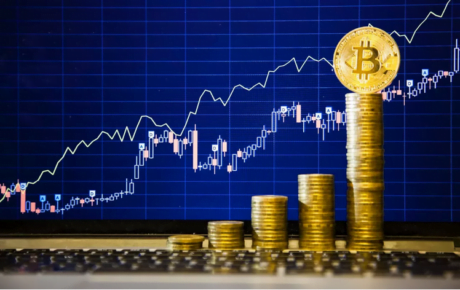 Bitcoin bulls have their hands full in the next days to carry out a strong advance to lift BTC out of the pit.

Throughout today’s trading session, the market’s performance has been bullish. CoinGecko reports that bulls are driving prices higher for nearly 80 of the top 100 cryptocurrencies. The site has only flagged six coins as the biggest losers so far.

CoinGecko has identified Bitcoin as one of the top advancing currencies. With a 24-hour market volume of $34.7 billion the currency has seen a massive increase in value in the last few hours.

This increase in price is consistent with the bullish trend seen in the market for other cryptocurrencies Friday, which includes Ethereum.

But looking at the big picture, Bitcoin is still far below its August high of $25,000, when it first reached its current value, but in fairness, it already has its sights past the  $20K barrier.

As shown in the graph, Bitcoin attempted to consolidate its price range over the course of 45 days.

Bitcoin attempted to reduce volatility between August 19 and August 26. Bitcoin’s price fluctuated between $21,897 and $20,790.

Despite the bulls’ best efforts to stabilize the price of the coveted token on August 26, its value continued to decline.

Investors and traders were frightened by these previous price movements, as their indicators transmitted strong bearish and sell signals. But recently, bulls sped up and gave Bitcoin the push it needs to attempt a big run.

In addition, real-time data indicates that bulls are attempting to consolidate their gains. As they attempt to settle above the next likely support line at $20,321, they are also testing the strength of the next resistance range at $20,821.

Gunning Past The $20K Mark

Additionally, we can identify two levels that will be significant in the coming days. Prior to Bitcoin’s entry onto the scene with bullish activity, two support ranges sustained this movement.

The highlighted regions are the Fibonacci levels 100 and 71.80. The fate of the current market reversal will be decided at these two upcoming junctures. If the bears push the price below these levels and break through, a Bitcoin recovery may not occur at this time.

If the bulls persist and overcome the $20,828.14 resistance, the current price reversal will be the relief rally that investors and traders have been anticipating for months.