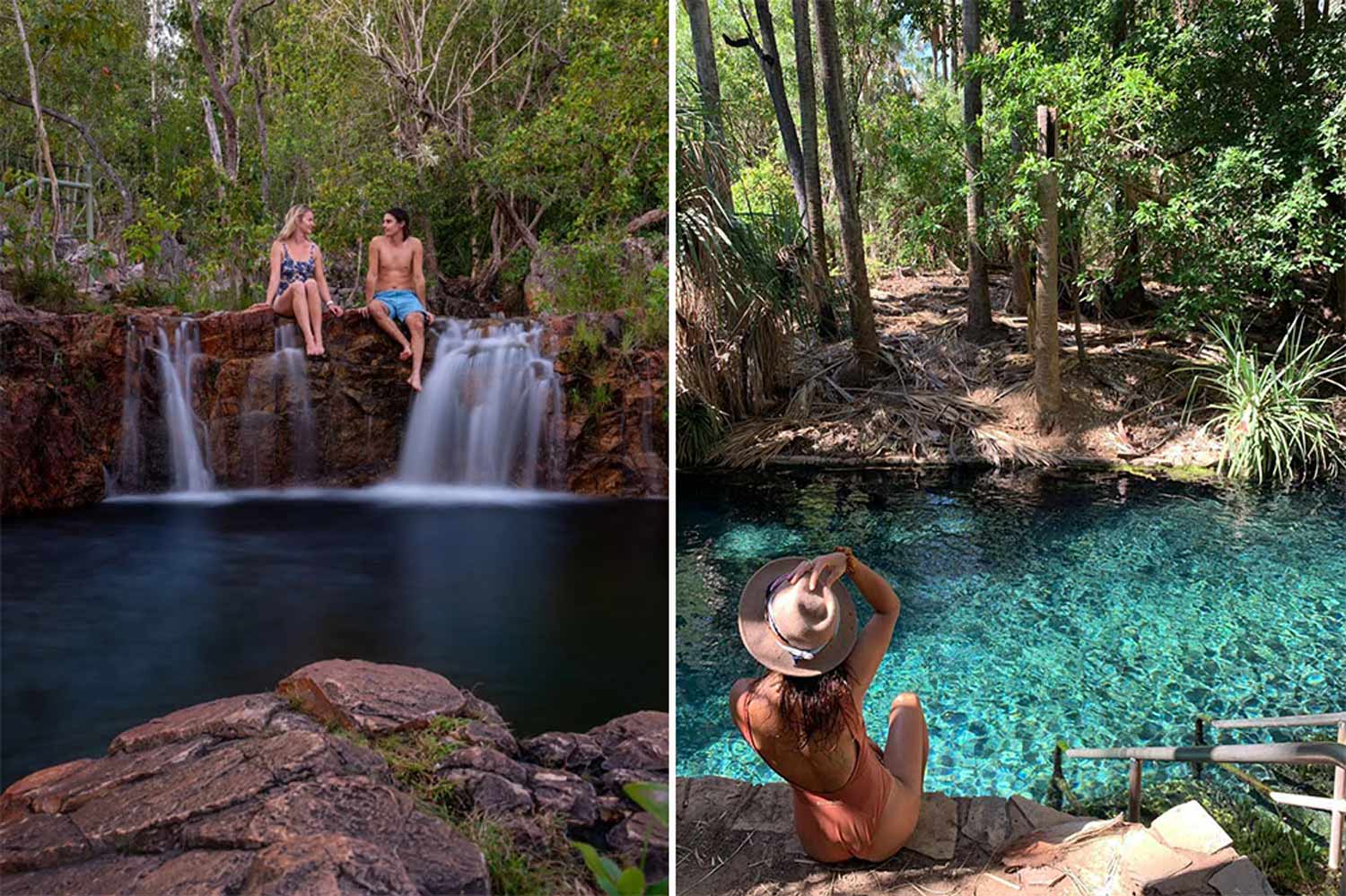 The NT is introducing a Parks Pass scheme that will apply to 50 of the NT’s 85 parks and reserves. The pay-to-visit scheme will come into effect on April 3rd, 2023 Though territorians will be exempt from needing to buy a Parks Pass, those not from the NT will have to cough up $25 and buy a Parks Pass if they want to visit any of these 50 of the Territory’s national parks.

The list of parks includes some of the Territory’s most famous swimming spots and waterfalls (Edith Falls, Litchfield and Mataranka hot springs are all in national parks on the list).

Tourists will be able to buy day passes, two-week passes or an open pass. There will also be different price schemes for families.

The ABC reports: “Visitors will still be required to pay camping and walking fees in addition to a Parks Pass, which means hiking the Jatbula and the Larapinta trails will cost even more next year.”

Also according to the ABC, Parks and Wildlife executive director Sally Egan said the money will go towards “protection, maintenance and safety of our parks and the creation of new visitor experiences.”

“Nothing at the moment that we are hearing or seeing is suggesting that people will have a real problem and it would stop them coming to the Northern Territory.”

On Twitter, a number of criticisms have been levelled at the scheme (among a healthy smattering of defending of it, too).

Twitter user @pandemicmaiden wrote: “OK for the rich but this will cut out low income and welfare recipients.”

OK for the rich but this will cut out low income and welfare recipients.

Twitter user @westonnights wrote: “How to kill off tourism in one easy lesson…Pay to visit natural Aussie beauty spots SICK IT WHERE THE SUN DON’T SHINE.”

NT to make tourists buy a Parks Pass to visit beauty spots and water holes https://t.co/rguvjeB82e via @ABCaustralia
# How to kill off tourism in one easy lesson go the NT Government Pay to visit natural Aussie beauty spots SICK IT WHERE THE SUN DON’T SHINE

More aggrieved comments included: “Next will we have to pay to swim on our beaches too?” and “What next? We need to pay for the oxygen we inhale and get taxed for the carbon we exhale?”

Francisco Argandona, a traveller from Bolivia, told the ABC he wouldn’t mind a small fee so long as the money went into conservation.

“I went to Uluru, where you pay to get in, and you feel the difference — the place is more clean, more safe, it feels better preserved,” he told the ABC.

Other individuals on Twitter made the point that this is basically the same system that applies in many other parts of Australia (where it generally works quite well, helping authorities keep nature relatively litter free).

We pay to visit national parks in NSW. It’s worth every cent.

Twitter user @BigJ74835035 wrote: “I’ve seen how tourists leave national parks after visiting, rubbish everywhere. If people have to be employed just to keep the area clean, I’d be happy to pay.”