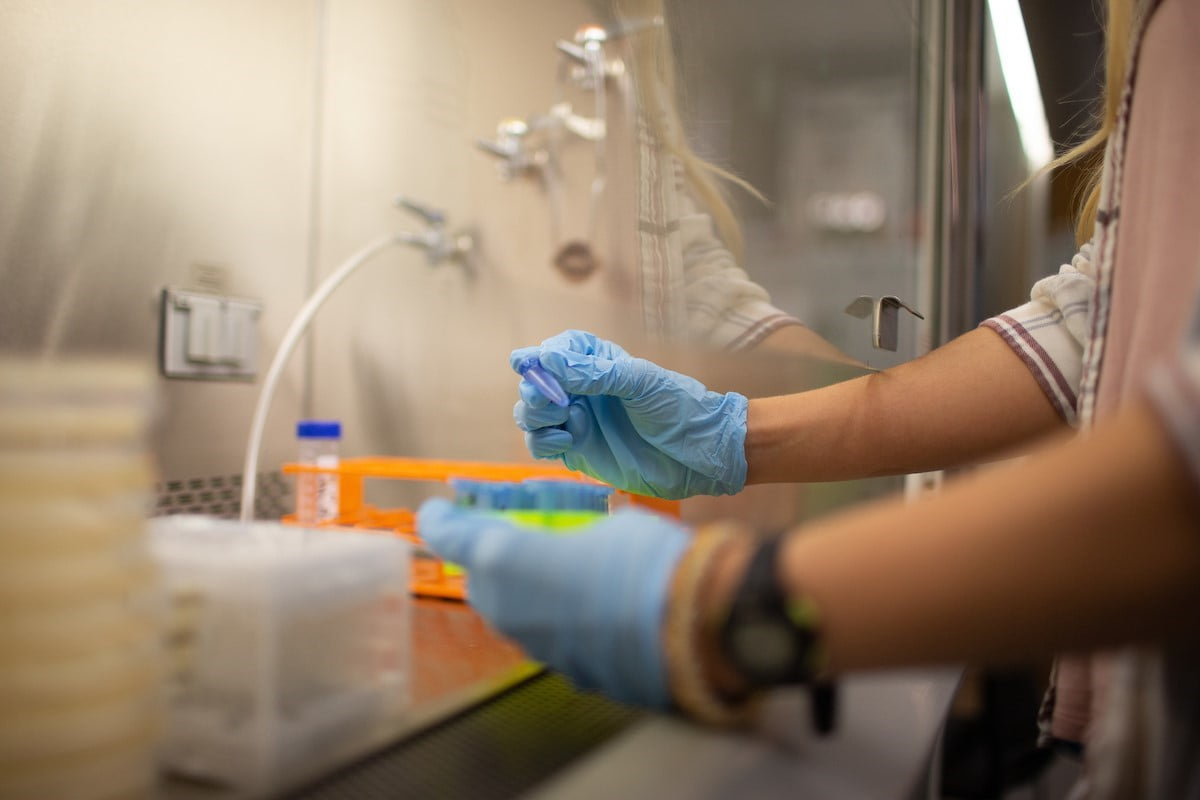 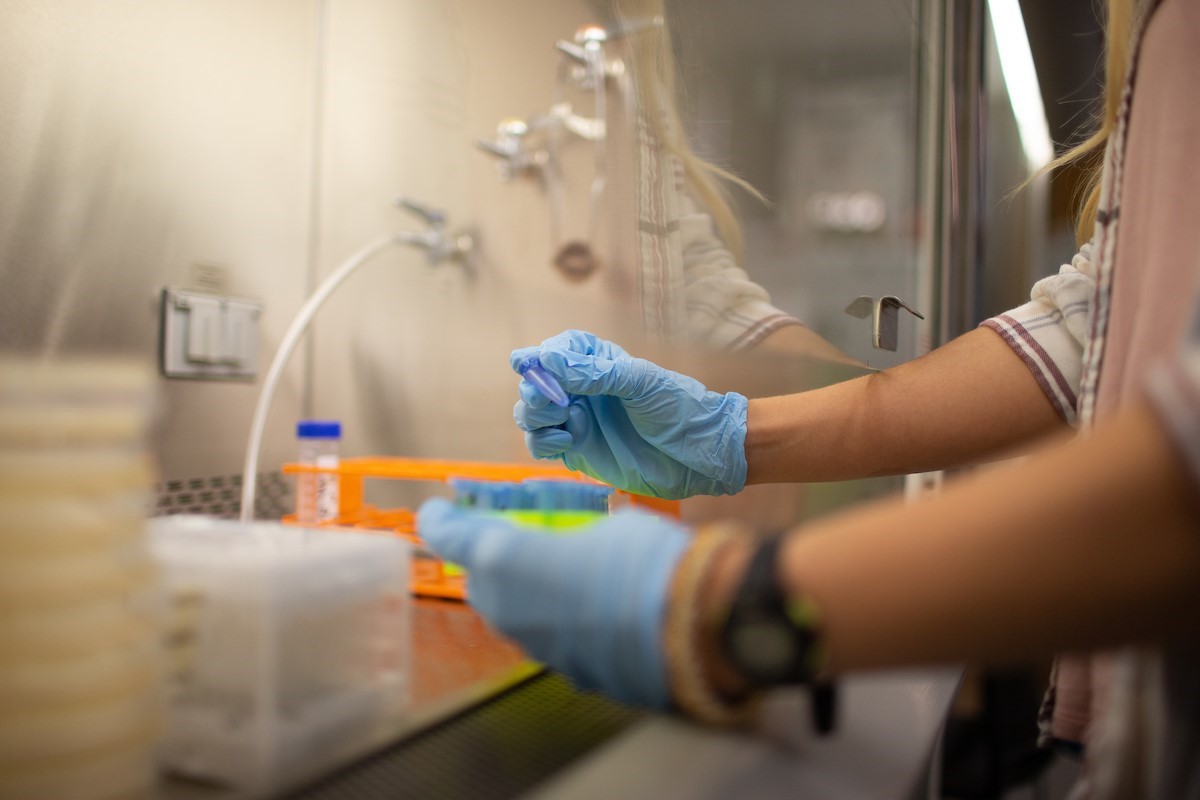 CLARKSVILLE, TN – Austin Peay biology students and professors continue to succeed in their work with bacteria-infecting viruses called bacteriophages with 85 graduate and undergraduate students having taken part in the research since 2019.

The latest accomplishment is the Sept. 19 publication of a paper – “Complete Genome Sequence of Microbacterium foliorum Bacteriophage Librie” – in the peer-reviewed journal Microbiology Resource Announcements.

The paper is the culmination of another cycle of bacteriophage research at Austin Peay, this cycle happening over the 2021-22 academic year. The paper lists Dr. Sergei Markov, professor in the Department of Biology, and 18 of his students as authors.

Skyelar A. Brooks – who is teaching AP Chemistry at Northeast High School while pursuing a dual master’s degrees in teaching and biology at Austin Peay – found one of the bacteriophages near the university’s bookstore. She named the phage Librie after the Latin word, “liber,” meaning book.

Ariel Hensley – who is pursuing a biology master’s at Austin Peay – found another bacteriophage, which she named CaptainRex in honor of the Star Wars character Captain Rex, in Parking Lot 21 on campus.

“Several students in the bacteriology class isolated those bacteriophage DNA,” Markov said about the work. “Librie’s DNA was successfully sequenced at the Pittsburgh Bacteriophage Institute.”

And in the spring, Austin Peay graduate and undergraduate students annotated the genome of Librie in Markov’s genomics and bioinformatics class, submitting the work to the GenBank.

The students presented their findings at the annual SEA Symposium in April. Their video poster was the most viewed poster at the conference.

The students also annotated the genome of another phage that a student at the University of Pittsburgh found and named Marge after his grandmother.

Phages are bacteria-killing viruses. They’re harmless to humans, and scientists can study them easily. They’re everywhere. More than a nonillion phages – that’s 1 followed by 30 zeros – exist on Earth in dirt, water and air.

Markov’s classes have taken part in the SEA-PHAGES (Science Education Alliance-Phage Hunters Advancing Genomics and Evolutionary Science) program since 2019, when his students found their first phages, Scumberland, Danno and Otwor.