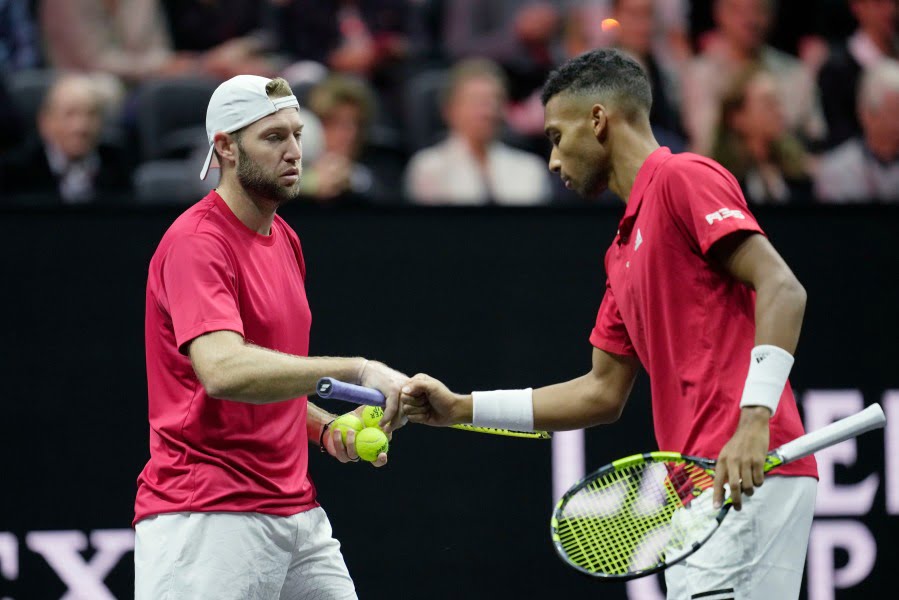 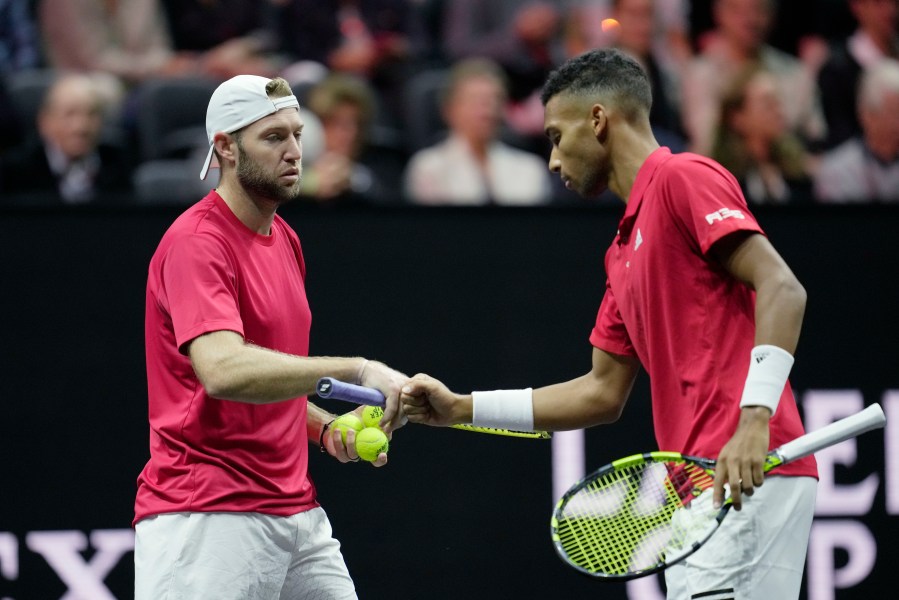 LONDON (AP) — Felix Auger-Aliassime and Jack Sock came back to beat Andy Murray and Matteo Berrettini 2-6, 6-3, 10-8 in the last doubles match of the Laver Cup on Sunday, cutting Team World’s deficit against Team Europe to 8-7.

Murray, who owns three Grand Slam titles, was treated by a trainer after cutting his right leg during the loss.

The three-day team competition founded by Roger Federer’s management company was to wrap up with three remaining singles matches, including Auger-Aliassime, a 22-year-old from Canada, heading right back out on court to face 21-time Grand Slam champion Novak Djokovic.

Victories are worth three points apiece Sunday; the first team to 13 will win.

Sock paired with fellow American Frances Tiafoe to beat Federer and Rafael Nadal on Friday night in the last match of the 41-year-old Federer’s career.

Djokovic won matches in both singles and doubles on Saturday in his first action since winning Wimbledon in July. That helped give Team Europe an 8-4 lead heading into Sunday.