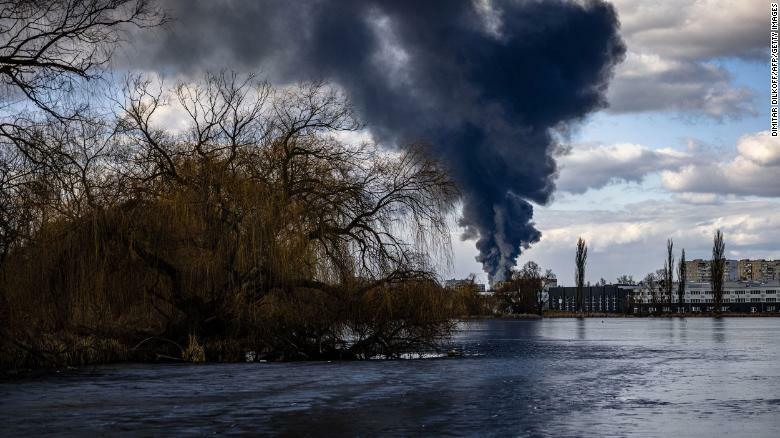 Some of those CNN spoke to said they did not blame the Ukrainian authorities for prioritizing their citizens but rather their own governments for not making arrangements to assist them out of the country.

The “Nigerian government is being their usual nonchalant self,” Onyegbule said.
“There are many of us in Ukraine. They can’t just leave us like this. It’s so sad but we are used to the bad governance in Nigeria. It’s very sad.”

Onyegbule acknowledged that there were Nigerian officials waiting to meet her and others once she crossed over into Poland.

“It would have been so helpful in Ukraine, we were looking for someone to speak on our behalf there.”

Nigeria’s foreign affairs minister Geoffrey Onyeama said on Twitter that Ukrainian authorities had assured him that there were no restrictions on foreigners wanting to leave Ukraine.

“Problem is the result of chaos on the border and checkpoints leading to them,” he stated, adding that he is “personally coordinating with our missions in Ukraine, Poland, Russia, Romania and Hungary to ensure we get our citizens out of Ukraine and bring back to Nigeria those ready to return while supporting those who are remaining in Ukraine.”

Onyeama for comment on allegations that the Nigerian government hasn’t done enough to help its citizens leave Ukraine.

African nations on the UN Security Council Monday condemned discrimination against African citizens at the Ukrainian border during a UNSC meeting at the UN HQ in New York City.

“We strongly condemn this racism and believe that it is damaging to the spirit of solidarity that is so urgently needed today. The mistreatment of African peoples on Europe’s borders needs to cease immediately, whether to the Africans fleeing Ukraine or to those crossing the Mediterranean,” Kenyan Ambassador to the UN Martin Kimani said Monday.

Onyegbule, the first-year medical student, said she was attracted to study in Ukraine because she was looking for a “safe and cheap option outside Nigeria.”

“Generally living in Ukraine has been peaceful, it’s a beautiful country. Sometimes in the trams, people don’t want to sit beside you and they stare at you but generally, the Ukrainians are nice people,” she said.