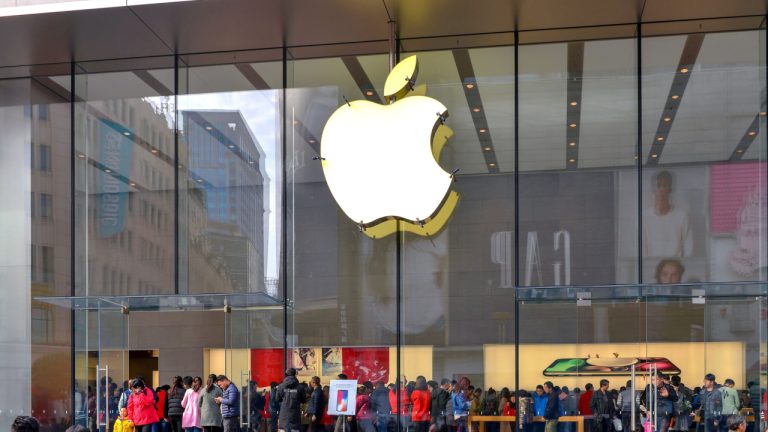 According to Apple’s latest guidelines for developers seeking to have their apps included in the App Store, crypto exchange applications should only facilitate the transfer of crypto funds to approved exchanges. Where payments are needed to unlock features or functionality, Apple says apps may only “use in-app purchase currencies.”

Only In-App Purchase Currencies May Be Used

In its updated guidelines for apps in the Apple App Store unveiled on October 24, Apple Inc. said crypto exchange apps “may facilitate transactions or transmissions of cryptocurrency on an approved exchange.” In addition, such transactions can only be offered “in countries or regions where the app has appropriate licensing and permissions to provide a cryptocurrency exchange.”

The technology company also clarified that crypto wallet apps “may facilitate virtual currency storage, provided they are offered by developers enrolled as an organization.” However, according to the new guidelines, apps are prohibited from mining crypto and offering “currency for completing tasks, such as downloading other apps.” The only exception to the crypto-mining prohibition is when “the processing is performed off [the] device.”

Besides limiting the use of the crypto-transferring apps, the latest guidelines state that developer apps “may not use their own mechanisms to unlock content or functionality, such as license keys, augmented reality markers, QR codes, cryptocurrencies and cryptocurrency wallets.”

Similarly affected by this requirement are digital gift cards, certificates, vouchers, and coupons which are redeemable for digital goods or services. Apps utilizing the App Store’s in-app purchase function are subject to Apple’s 30% fee, which has been criticized by app creators in the past.

Pertaining to non-fungible tokens (NFT), Apple said apps may use in-app purchase when selling services related to such tokens. The technology giant also clarified that app users are allowed “to view their own NFTs” provided their ownership of the tokens “does not unlock features or functionality within the app.”

Apps may allow users to browse NFT collections owned by others, provided that the apps may not include buttons, external links, or other calls to action that direct customers to purchasing mechanisms other than in-app purchase.

In a message directed at developers, Apple insisted the updated guidelines ensured “a safe experience for users to get apps” while also giving all developers an opportunity “to be successful.”

Apple's stance on NFTs, crypto, and payments will have a massive effect on the industry.

featuring critical points, my takeaways, and winners/losers based on initial reading:

NFTs as Gateway to Crypto for Mobile Players

However, some critics including angel investor Daniel Mason have said Apple’s latest guidelines show that the tech firm is determined to stop money from going out of its ecosystem. In a Twitter thread where he offers his thoughts on why Apple has updated its app rules, Mason concedes that the enabling of non-fungible token buying via in-app purchase “paves the way for NFTs as the gateway into crypto for mobile players.”

The angel investor notes, however, that Apple’s prohibition of other purchase methods and the redirecting of users means other providers will not be able to capitalize. He said:

Apple wants to keep $$$ in the ecosystem. You can’t use other payment solutions or ‘include buttons, external links or other CTAs…’ This makes it hard for other providers to plug in and capitalize.

With respect to Apple’s nod to crypto transfers by apps of licensed crypto exchanges, Mason suggested that this requirement is more of a clarification than a new rule.

According to Mason, those seeking to compete with Apple for either primary or secondary NFT purchases are the losers. He identified exchanges such as Opensea and Magic Eden and payment ramps like Moonpay as some of the losers.

What are your thoughts on this story? Let us know what you think in the comments section below.