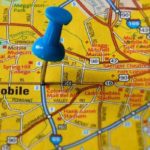 The police officer had previously been terminated by a local police department for a domestic violence incident before taking a job with the airport police. He was arrested by his former agency after allegedly exposing himself for gratification at least twice.