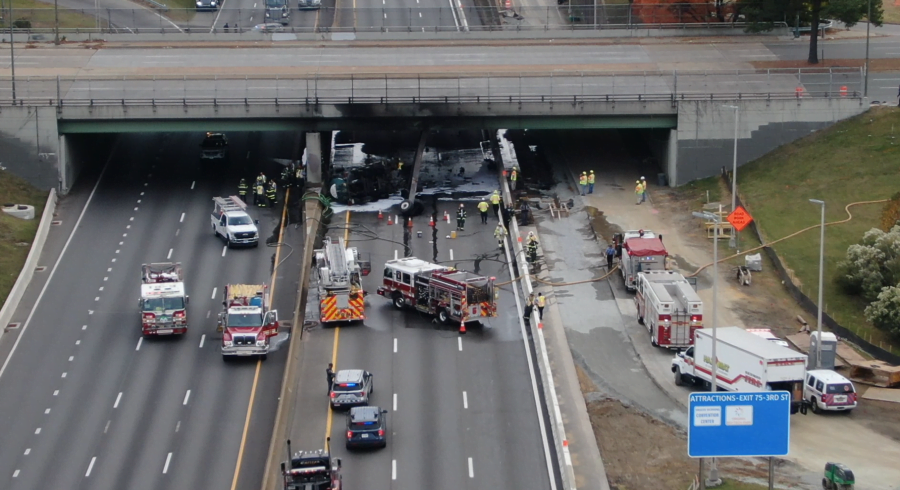 RICHMOND, Va. (WRIC) — Virginia State Police is continuing to investigate a deadly crash and septic tank fire that resulted in road closures for Interstate 95 in Richmond.

At around 12 p.m. on Wednesday, Oct. 2, state troopers were called to I-95 near the Belvidere Street overpass for a reported vehicle fire.

When units arrived, they found a 2007 Sterling Silver LT8500 septic truck fully engulfed in flames. Police said the driver of the septic truck — now identified as 36-year-old Brent Szarzynski of Chesterfield — died at the scene.

An investigation revealed that a 2020 Cascadia Freightliner had been driving on I-95 with a load of I-beams that, according to police, were over-height. The I-beams reportedly struck the Belvidere Road overpass at high speed before striking the septic truck. The collision of the I-beams and the septic truck caused an explosion and forced the vehicle to overturn before becoming engulfed in flames.

The driver of the Freightliner was not injured and was wearing a seatbelt, according to police. 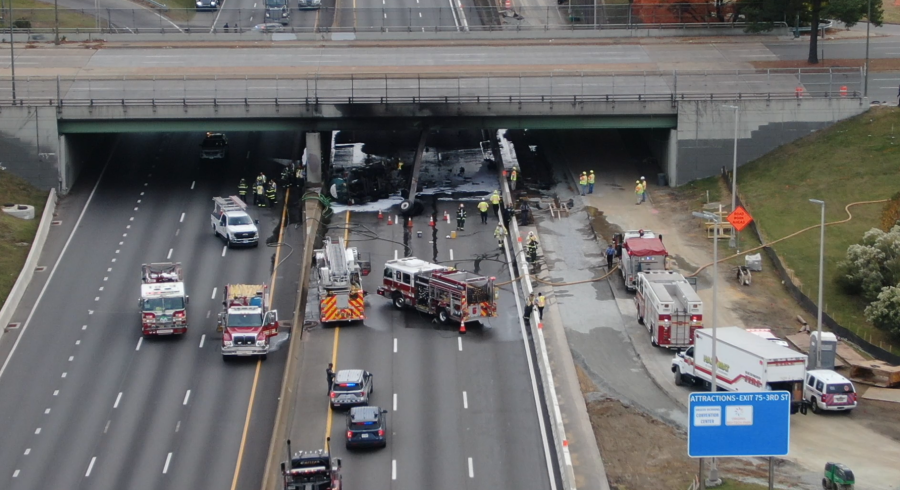 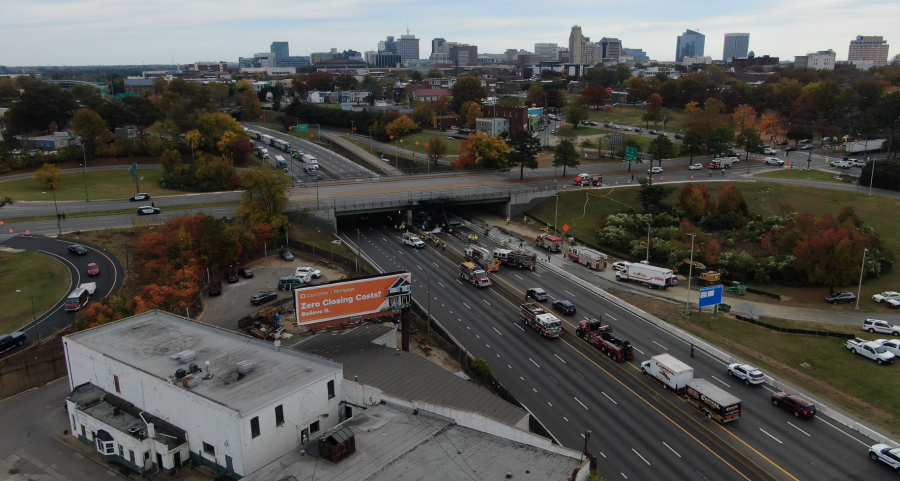 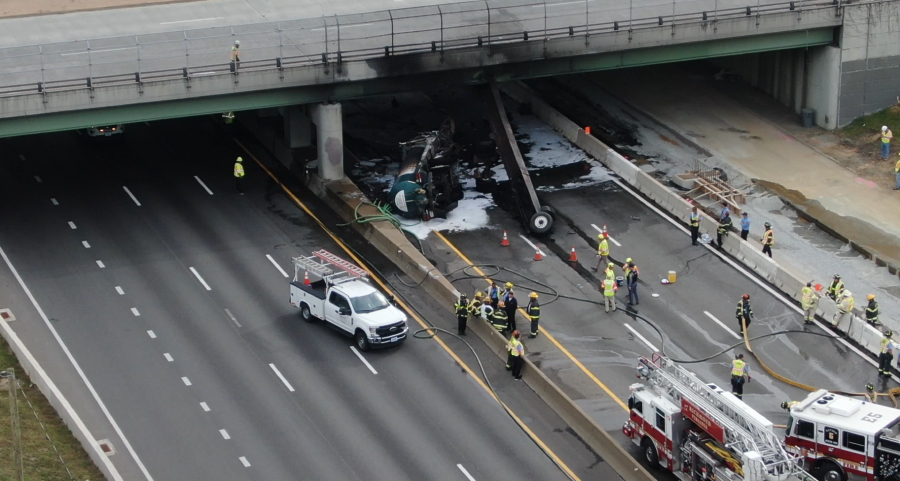 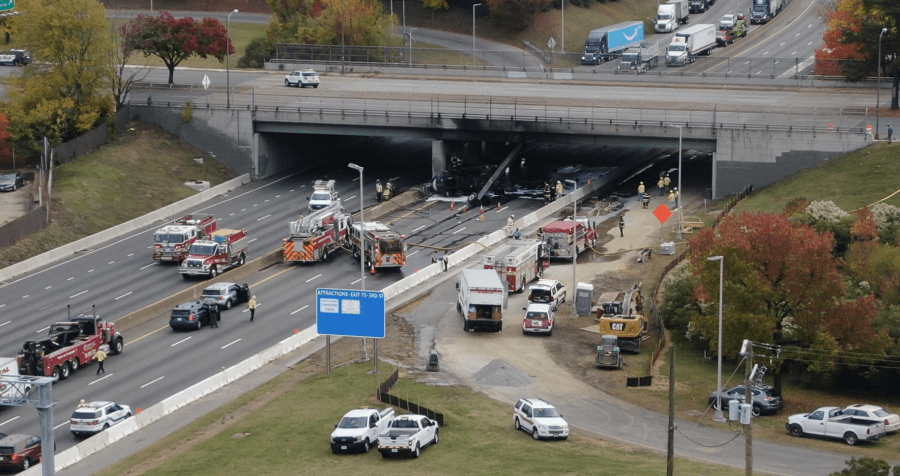 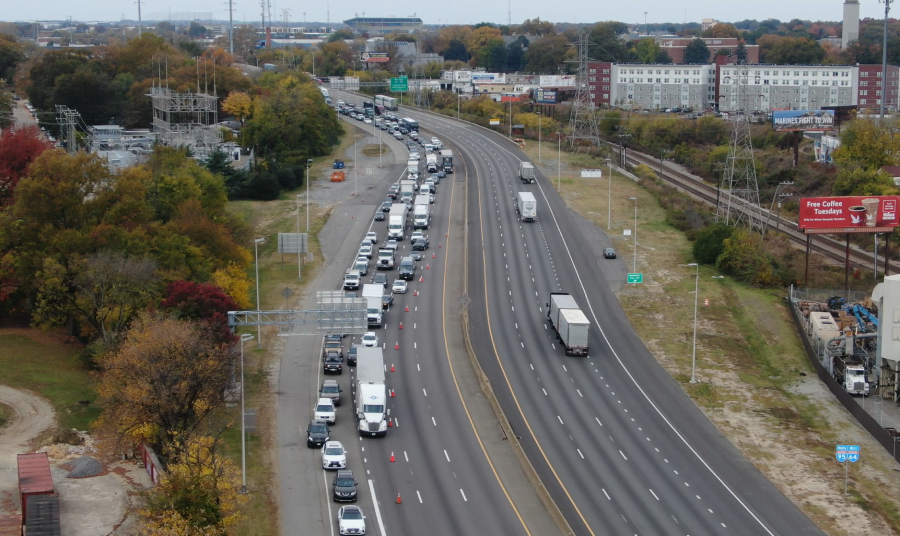 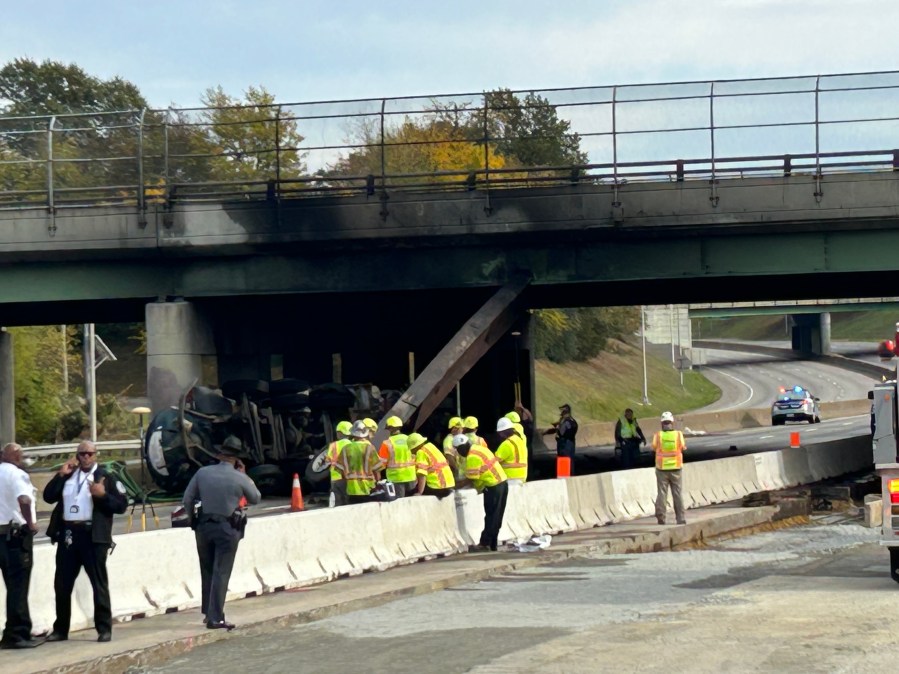 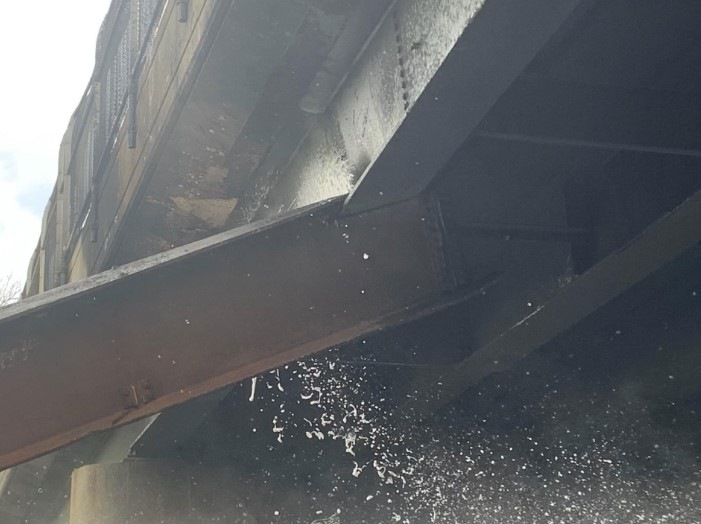 The crash remains under investigation by Virginia State Police with the assistance of the Division One Crash Reconstruction Team.

“This is one of those crashes that is a horrible accident,” said Sgt. Jessica Shehan of Virginia State Police. “We want to make sure that the integrity of this bridge is where it needs to be before we let anybody on it or under it.”

UPDATE: The right lane of I-95 southbound is now open near the Chamberlayne Avenue exit. The other two lanes are expected to open at 6 a.m. The bridge is now open east and westbound.