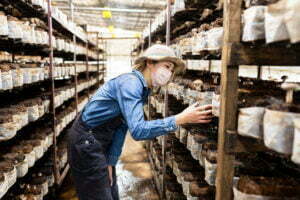 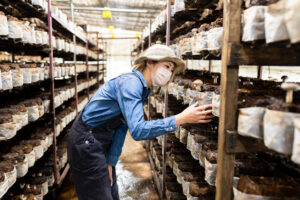 As consumer prices keep climbing this autumn, it feels hard to keep our wallets and waistlines in check. While processed food sometimes seems cheaper than fresh produce, when you focus on Japan’s seasonal bounty, you can enjoy good whole foods that also don’t break the bank.

The five vegetables chosen below will help you stay healthy and full while reveling in the unmatched flavor of the earth’s offerings this season. A shared thread between these veggies? They all have an earthy, homey undertone and are incredibly vitamin-rich to stave off the illnesses which crop up with the advent of colder weather.

Washoku (Japanese cooking) often revolves around seasonal picks. In Japan, seasonality in food is far more present than, say, where I am from in Canada (maybe because all of our crops freeze for six months of the year… but I digress!) So, look up at the advertising around you to help you build your autumn menus and pour yourself a cup of steaming hojicha (roasted green tea) as you discover the stars of fall below.

No veggie is more symbolic of the fall season in Japan than the beloved satsumaimo (sweet potato). Japanese sweet potatoes, with their iconic reddish-to-purple skins, have a long and delectable history. Originating from South America, these starchy root vegetables first arrived in 1605 in Okinawa (during its time as the Ryukyu Kingdom (1429-1879) and then quickly spread to the mainland via trade to the Satsuma region (in modern-day southern Kyushu) where they continue to be cultivated in abundance. Sweet potatoes have also been favored crops to stave off starvation during times of famine in the 18th and 19th centuries and food shortages during the World Wars.

There are really no limits on how to cook sweet potatoes. Try including them in rice, stews, soups, salads, curries, pies and pancakes. The most common method is simply to wrap them in foil and roast them in the oven or gas grill. If you loathe to do this yourself, keep your eyes peeled for yakiimo (roasted sweet potatoes) in convenience stores, supermarkets, travel carts and more.

With soft and leafy greens sprouting from a white bulb, chingensai (bok choy) is an edible cabbage with a mild flavor that is less bitter than spinach and reminiscent of water chestnuts.

There are plenty of ways to prepare bok choy, but stir-frying is historically the most common. The Chinese method of stir-frying veggies quickly with hot oil was only introduced to Japan during the Meiji era (1886-1912) when Chinese immigrants moved to Japan in more significant numbers. Traditional wood-burning stoves’ unreliability made stir-frying at home a challenge, but with the advent of gas grills in the latter 1950s, this method became popular.

Despite its name, renkon (lotus root) is technically not a root but a rhizome of the beautiful aquatic lotus flower. Lotus roots grow in links that are cut into large rounded knobs when harvested. Since lotus are grown in muddy conditions, it is important to thoroughly wash and peel its skin before cooking with it.

At base, lotus root has a lightly earthy taste and crunchy texture, but since they are excellent at absorbing flavors, they do well braised and stewed. Two popular Japanese side dishes to make with lotus root are kinpara renkon and karashi renkon. Kinpara renkon is a traditional side served at home or at the izakaya (pub) where lotus root is thinly sliced, stir-fried and seasoned with sugar and soy sauce. Karashi renkon, local to Kumamoto prefecture, is made by stuffing lotus root with karashi (Japanese mustard) and miso paste, battering it in egg yolk and flour, and frying it.

Kabu (Japanese turnips) are bright white (and sometimes red) globe-shaped root vegetables that are similar to radishes but more mellow in taste. They produce edible leafy stems that make excellent additions to fresh salads or decorative toppings for side dishes. Japanese turnips have soft delicate skins, so they do not require peeling before consumption, just a good scrubbing.

They can be eaten raw or cooked and stewing, simmering, roasting or braising them will bring out their mildly sweet and nutty flavors. Japanese turnips are nutrient-rich, loaded with vitamins (especially in their greens), potassium and fiber. A simple method to enjoy their freshness is to thinly slice and pickle them in ponzu. They are also delicious in stir-fries (often with pork) and blended in a potage soup with other root vegetables, such as sweet potato.

Shiitake mushrooms have a meaty and earthy flavor that will add umami to any soup, stew or hot pot. They have a light to dark brown color and are commercially grown on hardwood logs. Shiitake originate from several countries in East Asia but Japan is the largest producer worldwide. They have also been used for medicinal purposes for centuries and are prized for their cancer-fighting properties and for increasing immunity.

Shiitake can be eaten fresh and are also commonly available dried. Like other mushrooms, they are delicious when sautéed in butter or tossed into a heavenly fall nabe (hot pot). Why not try your hand at making shiitake dashi (soup stock) for a savory vegetarian take on a washoku all-purpose stock?

So, load up your autumn baskets full of vegetables and reap the benefits of these nutrient-heavy, richly flavored foods!