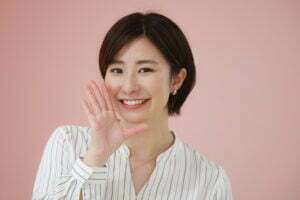 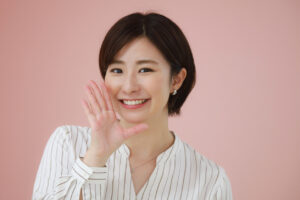 One thing you’ll learn soon after arriving in Japan is that Japanese people love to compliment. Greet them with konichiwa (hello) and you’ll quickly be applauded for your amazing Japanese abilities. Of course, for those of us who have lived in Japan for long enough, it does become quickly repetitive and often linked to being quite microaggressive, but that’s a whole other topic.

You’ll also quickly find that the Japanese (along with many other Asian countries) have very high respect for natural western beauty and often hold it to a high standard they feel they must replicate. If you visit the beauty section in pretty much any Japanese drugstore or variety store you will see aisles of skin whiteners, double eyelid-making glues, face slimmers, body slimmers and nose lifting clips, all with the purpose of keeping up to that beauty standard.

If you take that highly sought standard of beauty into consideration, you can start breaking down the strange comments you as a foreigner may receive and find that they’re not really just pointing out your body parts to you​​—they’re actually complimenting you! Of course, you still have every right to feel strange about it but it’s always nice to know that they mean well when saying them.

Another thing to keep in mind is that Japanese people are polite but not discrete. Pointing things out about physical appearance is an everyday thing here in Japan, and not only directed to foreigners. Many Japanese people won’t hold back when making verbal observations about people having put on weight, losing hair, having acne and other things people can’t fix immediately. Japanese youth and young adults not as much, but children, the middle age and the elderly can be quite brutal. However, this doesn’t necessarily mean every observation is a rude one.

Here are five common ‘compliments’ that could potentially sound off to those of us from the west. Let’s dissect them and find out what Japanese people really mean by it:

“Hana takai ne (Your nose is so tall)”

Having the shape of your nose pointed out can make anyone self-conscious. What the Japanese mean by this however is that you have a beautifully well-defined nose that protrudes from your face—a perfect side profile. When compared to a typical east Asian nose, where the nose is more often lower with smaller and weaker lateral cartilage, any nose with a nice “tall look” seems more out there (literally), exotic and in this case more beautiful (according to Japanese beauty standards).

It all comes down to people wanting what they don’t have. Just the same way someone with a bigger nose may want it to be smaller, the Japanese, who more often have lower noses, want tall ones! So, when they see a nice tall nose, they can’t help but point it out. You might even get “big nose” or “nose like a tower” however, again, as off as it sounds, they are more often just complimenting you.

“Ashi nagai ne (You have such long legs)”

Ok, so being told you have long legs will probably make you feel like a giraffe at first, but this one is all about proportions. When a Japanese person points out your long legs they are referring to how well proportioned your legs are to the rest of your body. Think of anime characters, especially characters like Sailor Moon where their legs are a good length longer than the rest of their body. This seems to be the desired body proportion in Japan.

According to Japan’s National Health and Nutrition Survey, the average height for Japanese women over 20 in 2019 was 154.3 centimeters. And although this number has grown by over 10 centimeters over the past century in Japan, when compared with the statistics from western and European countries, many Japanese still look up (again, literally) to these height standards.

“Hada shiroi ne (Your skin is so white)”

Getting your white skin pointed out by Japanese people can be quite confusing. Especially when the Japanese person pointing out your white skin has pretty much the exact same skin tone as you. And no, they’re not saying you look sickly or ghostly. This one all comes down to a controversial beauty standard that puts pure white skin above anything darker.

Historically, since the Nara (710–784) and Heian periods (794–1185), white skin was believed to indicate an individual’s education level as well as their social and economic class. Darker skin alluded to the outdoor working class where they would soak and tan in the sun all day. During these times women began making up their faces with white powder to associate their status. After some time the Meiji government (1868–1912) opened Japan’s borders to the world and soon Japan was influenced by western fashion and beauty.

Advertisements for fashion and beauty have since been taken over more than 50 percent by white western models. Japanese beauty products are released under the name bihaku (the beauty of white) promising to lighten the skin as well as remove impurities and blemishes.

Advertisements for fashion and beauty [in Japan] have since been taken over more than 50 percent by white western models.

Although you could definitely argue that Japan is still stuck in the past, white skin in Japan has been ingrained into their culture and history as an important facet of their beauty standard. The main point here is: having your white skin pointed out is a compliment in the eyes of Japan. Also, this one isn’t just pointed out to white-skinned foreigners, it is very common for Japanese people to comment on other Japanese with a lighter complexion. This is also why you will see Japanese people covering up their bodies even in the hot humid summer here—less sun exposure, the whiter and younger you stay.

This one follows the same idea as “tall nose”. No, they’re not saying you have strange big bulgy eyes like a popeye fish. This one just comes down to what east Asian features have less of, which is commonly a double eyelid that rounds the eyes and makes them look bigger. Again, people want what they don’t have. Japan, the creator and ruler of anime, is simply envious of the bigger and rounder eyes that you often see reflected in “cute” and “beautiful” characters. So, when they see foreigners with these prominent features, they can’t help but want to point it out.

“Kao chisai ne (Your face is so small)”

Getting told your face is small is actually another compliment about your proportion. It might sound like they’re making fun of your small head in comparison to your body, but it’s actually the other way around. They’re trying to compliment how well proportioned your head is to the rest of your body. Other comments like “hosoi ne (your so thin)” and “ashi chisai ne (your feet are so small)” are in this category too. They might even say you have “good style” but they’re not talking about your fashion sense, instead they’re referring to your well-proportioned physique.

Well, there you have it, comments in Japanese that are technically complimenting you if you can wrap your head around where they’re coming from. You might not necessarily agree but it’s definitely a little easier to take in if you think of these comments as ‘you’re so lucky to have these physical attributes that I am envious of.’

Multiracial representation in the beauty industry is more important than ever.

It does also show how important it is for us all to promote self-love and acceptance here in Japan. These sorts of compliments do often come from a lack of acceptance of natural east Asian features, turning what they don’t have into envy and desire. Let’s make sure we’re promoting the beauty of all. Multiracial representation in the beauty industry is more important than ever. No one should feel as if their features are not as beautiful as another.

What other strange comments have you received in Japan before? Let us know in the comments!