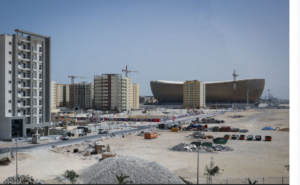 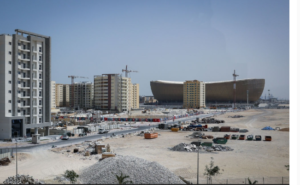 Workers from Africa, Asia are yet to receive reparations with 28 days to the 2022 FIFA World Cup in Qatar.

Since preparations for the global showcase began, Human Rights Watch (HRW) and Amnesty International (AI), among other human rights groups, have exposed how migrant workers were abused.

The abuses have resulted in deaths and injuries. There have also been reports of serial wage abuses and exorbitant recruitment fees.

The reports drew the attention of the tournament’s major sponsors, committed to working towards reparations through a remedy fund and improving working conditions in Qatar’s construction industry.

He added in a statement: “With 30 days left until the tournament, there is a slim window for FIFA and Qatari authorities to correct course and commit to remedying past abuses that have stained the 2022 World Cup.”

HRW interviewed the families of migrant workers who died on construction sites and several workers injured or abused in the line of duty.

With promises of good returns working to prepare the biggest soccer showcase, many Africans paid exorbitant recruitment fees to get jobs in Qatar but were underpaid.

An Indian parent, whose child died in Qatar, told HRW he was struggling to pay back the money his son took from villagers in his hometown to apply for a job.

“My son went to Qatar after borrowing [R17 000] from many villagers. Now everyone keeps asking for it.”

He said: “They say that I must have received compensation for my son’s death, but I haven’t received a single rupee. How will I repay them? I don’t even have land to sell to pay them.”

In its final report ahead of the tournament, AI said while there was a notable change in Qatar’s labour laws, weak institutions saw “human rights abuses persist on a significant scale”.

“With the World Cup looming, the job of protecting migrant workers from exploitation is only half done, while that of compensating those who have suffered abuses has barely started,” said the human rights organisation’s Steve Cockburn.

HRW and AI urged football governing bodies from Ghana, Senegal, Tunisia, Morocco, and Cameroon – the African countries participating in the global tournament – to take a stand.

However, a month later, none came out to condemn the workers’ treatment.