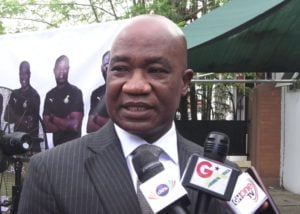 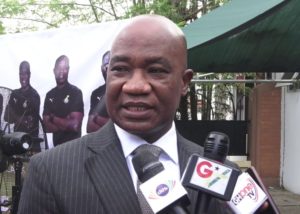 Vice president of the Ghana Football Association, Mark Addo has refused to confirm the budget for the Black Stars ahead of the 2022 World Cup in Qatar.

The budget for the team is yet to be made public ahead of the Mundial in the Gulf country scheduled to kick off this month.

Sports Minister, Mustapha Ussif speaking to the media last weekend reiterated that the budget will be revealed after the tournament in Qatar.

The Member of Parliament insisted that the team is likely to receive the same appearance fee of $100,000 and a winning bonus of $8,000 from Brazil in 2014.

“Whatever budget we submitted a long time ago, the Ministry also has to add certain contingencies and other aspects of it which we don’t control.

“So I cannot for the life of me begin to guess. But, I believe whatever the Minister, I have heard a couple of soundbites, he is talking about. We plan to go as far as the final so hopefully, he puts all that in,” he added.

Eight years ago, Government approved a budget of GH¢24,677,025.00 for Ghana’s participation in the tournament.

Out of this, an amount of GH¢10,500,000 was earmarked for the qualifying stages of the Tournament.

A further amount of GH¢14,177,025 was been budgeted to cover the team’s expenses when they qualify for subsequent stages of the completion.

Ghana is assured $12 million from FIFA as a preparation fee and group stage earnings.

But the amount will increase when the team progresses at every knockout stage.

Ghana has been housed in Group H alongside Portugal, South Korea, and Uruguay.

The team will open camp on November 10 in Abu Dhabi where they play Switzerland in a friendly on November 17.