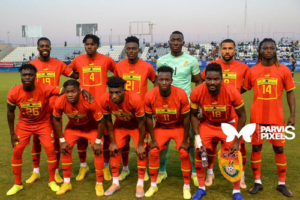 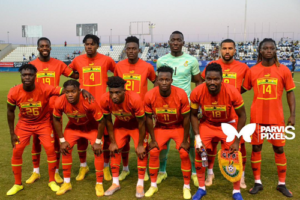 The West African heavyweights have been paired with against old foes, Portugal and Uruguay.

However, the former Udinese Calcio and Asante Kotoko midfielder is of the view Ghana cannot revenge against the two countries without proper preparations.

“I heard our gallant supporters and ourselves talking about revenge but revenge comes with good preparations,” he told Accra-based Radio Gold.

“Preparations first then we take game after game, revenge? I don’t buy that kind of argument,” he added.

Ghana, who have been housed in Group H will open their campaign against Portugal on November 24 at Stadium 974 in Doha.

Four days later, the Black Stars return to action with a clash with South Korea at the Education City Stadium in Al Rayyan.

Ghana will wrap up their group stage adventure with their much-anticipated encounter with Uruguay at Al Janoub Stadium in Al Wakrah.

The Black Stars will open camp on November 10. The team will play Switzerland in Abu Dhabi in their final preparatory game before flying to Qatar on November 19.