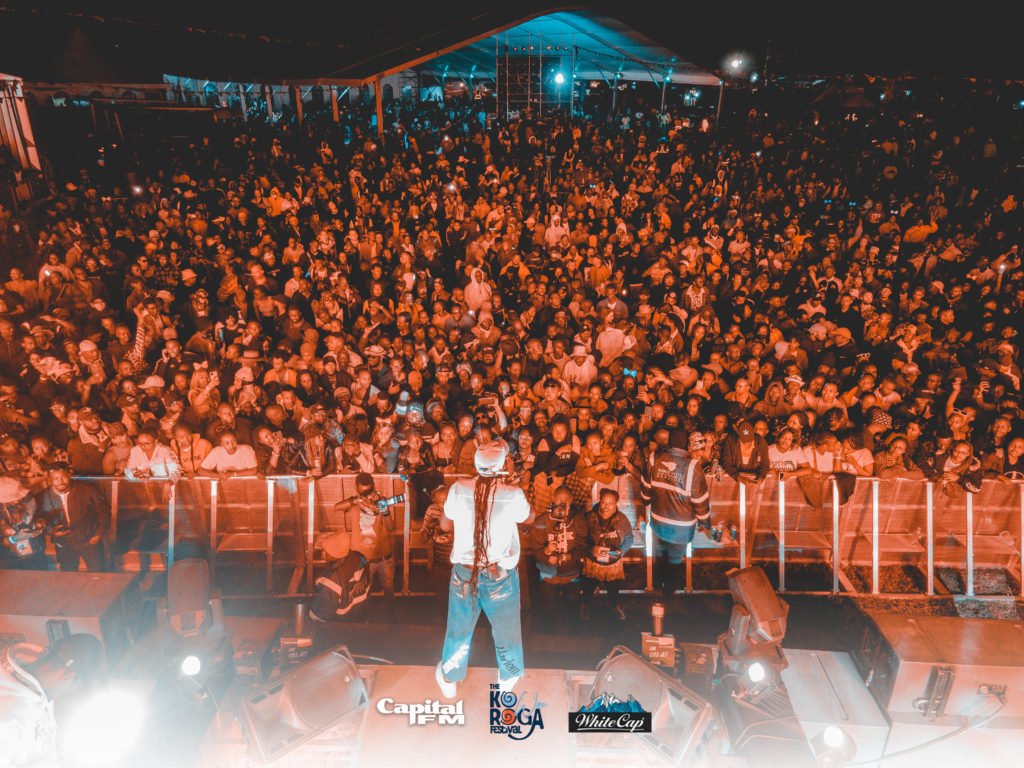 When we say Koroga Festival is the biggest celebration of African music, food, art and fashion in East and Central Africa, we are not joking. We mean it!

Over 15,000 revelers thronged the Gardens in Naivasha for the Koroga 4-day festival powered by Capital FM and WRC. This was undoubtedly the best-executed festival of recent times as was evident in the setup, security, electrifying performances, and pomp that brought the town to a standstill.

The four-day event was the highlight of WRC Safari Rally and it featured DJ G Money, DJ Protege and The King of the decks, Capital FM’s DJ Adrian, while music artists Kamanu, Graviti Band and Nviiri the StoryTeller Buruklyn Boiz, Samidoh, and Otile Brown.

Jamaican star Tarrus Riley brought down the roof on the final day of the 30th Edition of the WRC Koroga-Festival edition over the weekend. Revelers touted the Koroga Festival as the most secure and organized event in the country.

The showstopper of the event, Tarrus Riley, gave a two-hour electrifying performance that kept revelers on their feet for the better part of the night. In between Tarrus’s first set and second set fellow Jamaican legendary Saxophonist, Dean Fraser took to the stage and serenaded the crowd with his rendition of Redemption Song. Also, Tarrus Riley’s daughter was introduced to the Kenyan fans as she sang alongside her father.

Tarrus later thanked Farida Idris, Group Commercial Director and Project Director of the Koroga Festival at Capital FM for an outstanding and exceptional event during his emotional performance of Royal and Simple things songs.

Farida Idris in a statement expressed her gratitude to all the sponsors of the event and the Capital FM/Koroga Festival Crew for making the festival a success. She also hinted that preparation for the next Koroga Festival will be unveiled in the coming days as preparations are already in full gear.

Touted as one of the most famous music festivals in East and Central Africa, Koroga Festival made a comeback after a 2-year hiatus due to the COVID-19 global pandemic. In the 30 editions, Koroga has featured notable names from across the World including Yvonne Chaka Chaka, Femi Kuti, Alphablondy, Diamond Platnumz, Mafikizolo to mention a few.

The Next Koroga is coming soon.