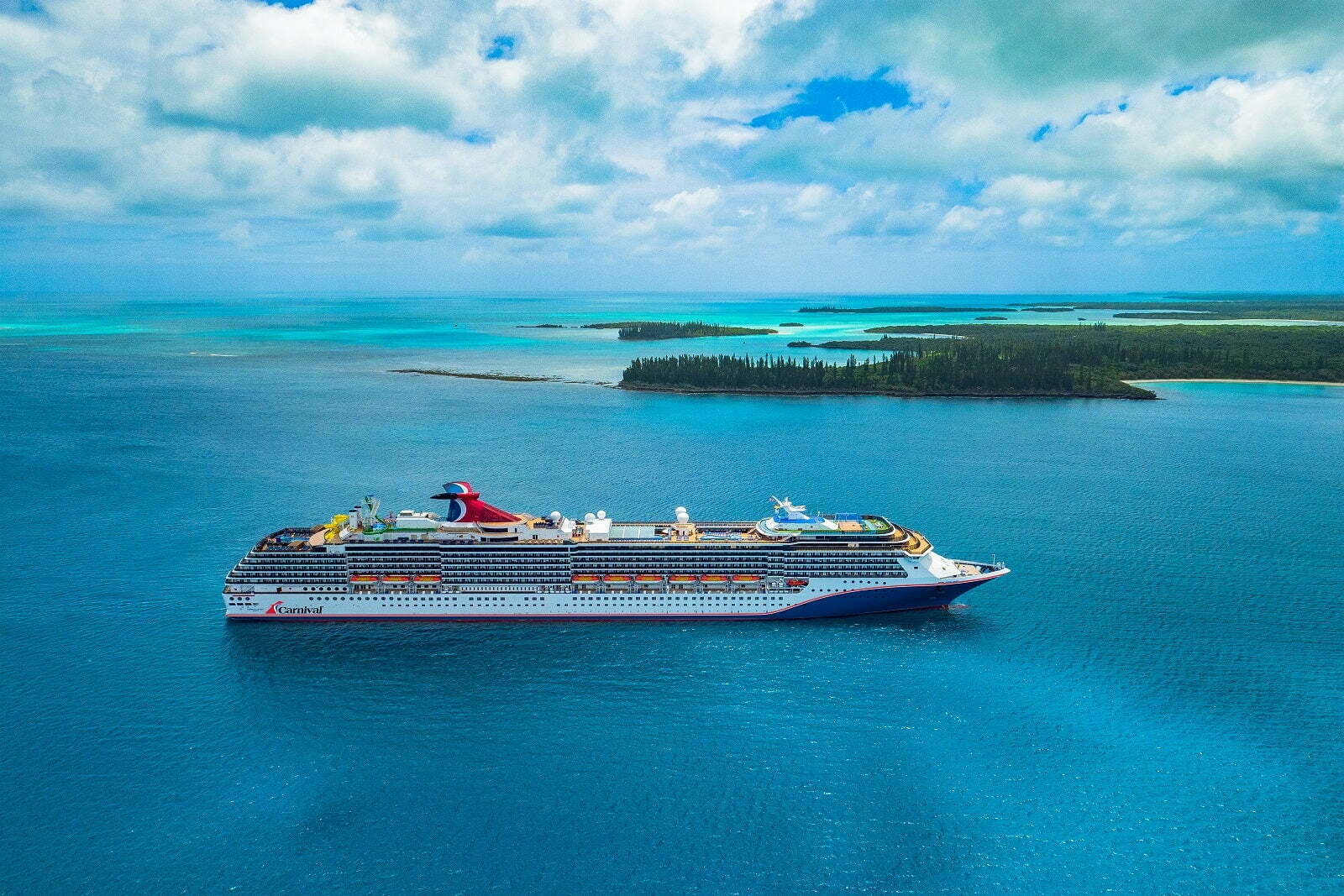 Are you a rule follower or do you like to cross the line when it suits you? Some travelers are good at doing what they’re told, while others see vacation as the time to live it up how they see fit, regardless of any official policies. On a cruise ship, rules are plentiful – spanning from what you can bring on board to how and where you can enjoy yourself. Some rules will feel constraining, and you’ll be tempted to break them.

Please don’t. Most cruise ship rules were created with your health and safety in mind, and flouting them could put you and your shipmates in danger. Not to mention, getting caught could ruin your cruise with steep fines and possibly a forced debarkation.

If you’re tempted to be a little naughty, first educate yourself on the ramifications of your actions. Here are 15 cruise ship rules you shouldn’t break — and what might happen if you do.

For cruise guides, news and tips, sign up for TPG’s cruise newsletter.

No smoking indoors or on balconies

The rules are strict when it comes to smoking on cruise ships. Most cruise lines ban cigarette use in most indoor areas, as well as on cabin balconies and public outer decks. You can smoke only in designated areas, usually one or two areas of the top decks or exterior promenade and perhaps one side of the casino or a cigar bar. Why? Lighters and cigarette ash are fire hazards, and deadly cruise ship fires have been started by wayward sparks from cigarettes. No cruise line wants to take that risk. Get caught breaking this cruise ship rule and you’ll be fined $250 or more, with the possibility of debarkation.

The drinking age on cruise ships is either 18 or 21, depending on the line and sailing region. With so much cruise ship entertainment centered on drinking, it’s tempting to slip your responsible teen a fruity daiquiri or a cool beer. Enterprising minors have also been known to find ways to access alcohol while their parents aren’t paying attention. You might not think a drink or two is harmful, but drunk teenagers could fall victim to sexual predators or engage in reckless behavior that could lead to them falling and hurting themselves — or even falling overboard. Even if the drinking itself doesn’t have a bad outcome, underage drinkers or adults who provide alcohol to minors can find themselves thrown off the ship at the next port of call if caught.

No sneaking drugs or alcohol on board

Whether you’re underage or not, on the big-ship cruise lines you’re also not allowed to bring liquor, beer or drugs on board; policies on wine and Champagne vary. Contraband booze will be confiscated if discovered, and you might not get it back. Bring illegal drugs on board and you risk fines, disembarkation and jail time. You’re not allowed to bring marijuana on a cruise, even if it’s legal in your departure port or port of call. In those case, you can enjoy some recreational use on land — but don’t try to bring any back as a souvenir.

You must attend the safety drill

Avid cruisers roll their eyes when asked to attend yet another safety drill, often called a muster drill. On the first day of every cruise you take, you must attend a safety briefing, offered either in person or in video format, then report to your muster station, the place where you would gather in case of an emergency. The drills sometimes interrupt the flow of the first-day cruise fun, and everyone grumbles about going. Do not think you can hide in your cabin and avoid the chore. Public areas on some ships close down and staff members check cabins during in-person musters. Those who don’t attend will be forced to attend a makeup drill — or forced to get off the ship in the next port of call.

Report your symptoms on the health form

Before you board any cruise ship, the pier-side staff will hand you a health questionnaire, asking if you’ve experienced any symptoms in the past few days or if you’ve been exposed to COVID-19. You can lie about your scratchy throat or upset stomach, and likely nothing will happen to you. However, you could be responsible for getting someone else sick — perhaps someone whose immune system isn’t as robust as yours and whose vacation will get derailed by a few days sick in bed. An outbreak of norovirus or COVID-19 on board might mean that certain venues get shuttered or activities curtailed for the entire ship. No one wants that.

Are you always running late or do you view deadlines as suggestions? You’ll need to change your mindset on a cruise. The captain is serious when setting the all-aboard time, which is when everyone needs to be on board before the ship departs. After that time, the crew starts to pull in gangways and prepare the ship to leave. Occasionally, the captain will hold the ship for a few wayward passengers, but more often than not, latecomers race down the pier to find the ship sailing away without them.

No guests in crew areas

Binge-watch old episodes of “The Love Boat,” and you might come on your cruise vacation hoping for a shipboard romance. On a modern cruise, don’t expect a tryst with the cute bartender, smart officer or gorgeous lounge singer. Crew members are not allowed to fraternize with guests or invite them into crew quarters. An illicit affair with a crew member might not leave you with more than a broken heart, but the crew member could lose his or her job for breaking this serious cruise ship rule.

No diapered kids in the pools

When the sun is blazing in the Caribbean, everyone wants to cool off in the cruise ship pools. But read the sign: Your diapered baby or toddler is not allowed. Why? One diaper containment fail and that pool or hot tub will need to be closed down, drained and disinfected, taking it out of use for several hours, if not a full day. Instead, look for ships with designated splash areas for kids in diapers or bring an inflatable bathtub for bathroom-based water play.

Want to incur the wrath of your shipmates? Show up at the pool deck early, reserve a few lounge chairs with your book or flip-flops, and then don’t return until after lunch. It’s against the rules to claim loungers as your own if you’re not using them as it prevents other guests from accessing them. Unless you believe in karma, the worst that will happen to you from breaking this rule is that ship staff might remove your items if left too long. However, you will get nasty looks from your onboard neighbors.

No climbing on railings

Do not climb your balcony rungs like a ladder and perch atop its railing. Do not lean out open windows looking for the best photo opp. Do not play Jack and Rose from “Titanic.” Do not try to cross from your balcony to the one next door by swinging over the side of the ship. All of these actions are against the rules because they put you at risk of falling over the side of the ship. Not worth it.

Cruise lines have codes of behavior in the contract each passenger signs when booking a cruise. Start a bar fight, harass the people next to you on the pool deck or assault a crew member and you could find yourself thrown in the brig (i.e., cruise ship jail). You could also get fined, disembarked from the ship or banned from the cruise line. Better to mind your manners.

No taking food off the ship

Some ports of call have regulations preventing the transport of food (usually produce and meat, not sealed, pre-packaged foods) off the ship and onto their shores. This is usually to prevent harmful insects and diseases from spreading. Some ports employ food-sniffing dogs, and workers will confiscate the sandwich you made for lunch or the apple you brought for a snack. You might also be subject to a fine.

No open flames or fire hazards

Remember the no smoking on cruise ships rule? The prohibition also applies to other fire hazards. You cannot light candles on a cruise ship (even for religious holidays) or bring electronics with heating elements, such as tea kettles, coffee makers or certain hairstyling appliances. Explosives and fireworks are right out. Even power strips with surge protectors are not allowed. Bring aboard banned items, and they will likely get confiscated for the duration of your cruise.

Tech-savvy photographers are all about drones these days, and anyone with a love of electronic gadgets has hopped aboard the craze, flying them on beaches or in parks. You can see how drones would take excellent cruise ship footage, but you’ll need to curb your enthusiasm. Most cruise ships have rules banning drones from coming aboard, or if they’re allowed, they can only be used off the ship in port, in compliance with local regulations. Try to sneak a flight from your balcony, and your drone will be confiscated.

Cruise lines are very clear that they do not want any weapons on board. That includes firearms, pellet guns, tasers, knives, open razors and any ammunition. Your dive knife and large scrapbooking shears are allowed on board, but ship security will hold them and you can check the items out at select times. Any dangerous items discovered on board will not only be confiscated but disposed of — and you won’t receive any compensation.

Planning a cruise? Start with these stories: